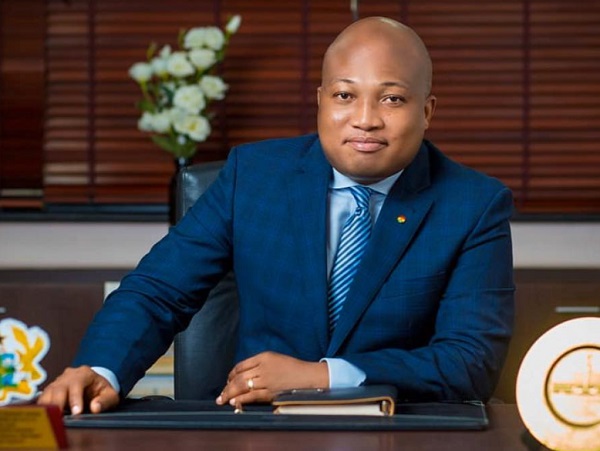 Speaker of Parliament must be chosen by the Minority, if you want us to cooperate with you – NDC

The Member of Parliament for the North Tongu Constituency, Samuel Okudzeto Ablakwa has said the only condition in which the National Democratic Congress (NDC) will take part in the inauguration of the President –elect, Nana Addo Dankwa Akufo-Addo on January 7; was for the New Patriotic Party(NPP) to allow the party choose the Speaker of Parliament.

Accord the minority what is due them

“Respect the people’s verdict and mandate. Don’t usurp the will of the people. We have the majority. We have 138. Techiman South and Sene West belong to the NDC. We have won convincingly.”

“If they want us to cooperate at inauguration, midnight from January 6, 2021, allow us choose our Speaker. Let the Majority be accorded what it is due so far as the constitution is concerned,” he added.

Demonstrations are not illegal

He further justified the street protests by supporters of the NDC against the results of the elections as announced by the chair of the EC in relation to the December 7 presidential and parliament polls.

He said demonstrations are not illegal therefore, the party cannot be criticised for resorting to that modus operandi to make its concerns known.

The former Deputy Minister of Education said the NDC will go to the Supreme Court to challenge the outcome of the elections if it has to do so.

His comments come on the heels of the main opposition party receiving flak from a cross section of the Ghanaian public for calling on its members to hit the streets to reject the poll results rather than resorting to the courts to address those grievances.

READ ALSO:  Where are the principles of accountability – Marietta Appiah Oppong

We will go to court when we have to

The Presidential Candidate of the NDC, John Dramani Mahama said the party will not accept the results of the polls because in their view, the elections management body manipulated the figures in favour of the governing New Patriotic Party (NPP).

Speaking to journalists in Parliament on Monday December 14, Mr Ablakwa said “These are not unconstitutional. I hear a lot of commentaries on why NDC will not go to court.

“We will go to court when we have to but it is also peoples legitimate right to protest, to picket, to engage in civil disobedience.”

He said “As our flagbearer announced, there is a forensic audit team that is looking at all the pink sheets putting our case together for a possible change challenge at the Supreme Court if we have to go there.”