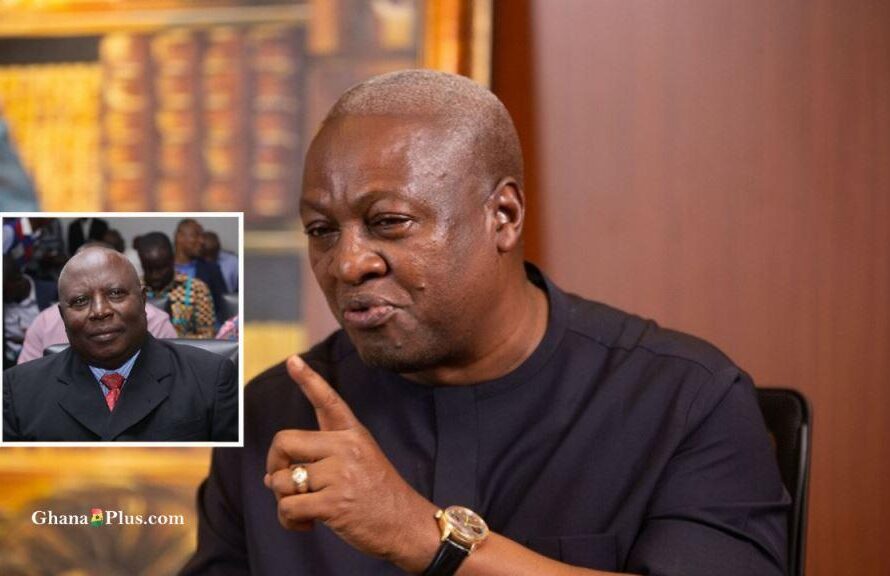 Former President and flag bearer of the National Democratic Congress (NDC), John Dramani Mahama has descended heavily on the Special Prosecutor, Mr. Martin Amidu for citing him as the Government Official One in the controversial Airbus scandal.

According to him, the decision of Mr. Amidu to make the reference to the Airbus scandal in the investigation report of the controversial Agyapa deal when nobody had asked him to do so was an act of stupidity.

He also described the special prosecutor as a coward and not man enough.

The NDC flagbearer was speaking with students of the University of Ghana on Wednesday, November 4, 2020.

He dared Mr. Amidu to accuse him directly if he was not a coward so that he could respond to him appropriately.

“If you are man enough present Agyapa and do a report on Airbus separate and I will come as a man and answer you on Airbus. If you think that I am indicted in Airbus accuse me directly but because he is a coward and he knew that Agyapa was going to be discussed today, so put a paragraph there to equalize the discussion, I mean what stupidity is this”.

John Airbus Mahama. He is losing it each passing day. Calling Martin Amidu Stupid. Is this your "Communications Expert". Is this your "Humble" Mahama? 😂 pic.twitter.com/2MIi84Ceu8

The Special Prosecutor, Martin Amidu on Tuesday, November 3, in a report submitted to the President on the Agyapa deal, mentioned in his observations that his office has established that the government official one cited in the Airbus scandal was the former president, John Dramani Mahama.

According to him, the only reason why his office hadn’t come after the former president was because of the impending elections.

“The office has established the identity of elected government official 1 to be former President John Dramani Mahama whose brother of the full blood is Samuel Adam Foster also known as Samuel Adam Mahama”, a part of the  Agyapa investigation report reads.