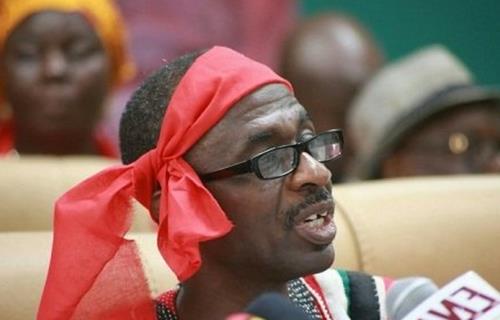 The General Secretary of the National Democratic Congress (NDC), Mr Johnson Aseidu Nketia has said that the party was poised to clamp down on indiscipline which is gaining grounds in the party in recent times.

According to him, no group of people succeeds in anything with indiscipline hence the party’s decision to crack the whip on members who goes contrary to the party’s disciplinary code of conduct.

He explained the party was lenient in dealing with the development due to the elections and that a decision had been made to deal with it swiftly going forward.

“We are not just on suspension spree, the party has taken a decision to get up and clamp down on what is seemingly becoming a some spate of indiscipline within the party so there had been the decision that the rules that were relaxed during the period of the electioneering must be revisited, now that the elections are over, we should take action to deal with the indiscipline in the party so we can move forward”.

Mr Aseidu Nketia was speaking to TV3 Midday News on Wednesday, March 24, monitored by GhanaPlus.com about the spate of suspension in the NDC.

The party just yesterday, March 23, in a letter sighted by GhanaPlus.com said it had expelled its Former Central Regional Chairman, Mr Bernard Allotey Jacobs, who had been on suspension for nearly a year.

Another member, Stephen Atubiga was also suspended on the same day by the party for breach of the party’s code of conduct.

Speaking on  TV3, Mr Aseidu Nketia, affectionately called General Mosquito in the political circles said “Know army can win any battle without discipline so we have decided to apply the disciplinary code of the party strictly”.