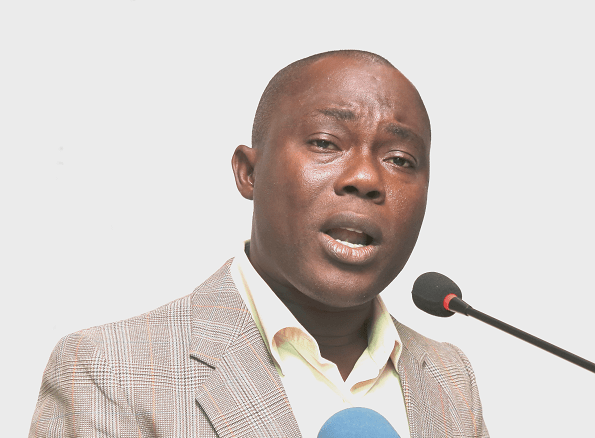 A Senior Lecturer at the Political Science Department of the University of Ghana (Legon), Professor Ransford Gyampo has said the country must set time frame within which political parties can begin electioneering campaigns.

According to him, it was inappropriate for politicians to campaign all year round since it undermine development and distracts the governing party from carrying out its mandate as expected.

Prof Gyampo made the call on TheKeyPoint aired on TV3 on Saturday, September 11 and monitored by GhanaPlus.com.

He noted Ghanaians were the ones to be at the receiving end if government fails to perform due to such distractions caused by early campaigns, usually from the opposition.

“The two political parties are seeking to govern to bring about development but they themselves they do things that undermined development. We cannot be campaigning in perpetuity; we should have times set for electioneering campaigns”.

“We held 2020 elections is not one year and campaign has started so am thinking that if the NDC is in power it must be given time to govern up to a certain point before we say let us campaign, the same must happen to NPP so that those govern would not be distracted and now you have to go and respond to and also say things and people are getting distracted and when policy makers and those who have been given the responsibility to govern get distracted, we suffer”.

Prof Gyampo was speaking about the ‘do or die’ comment made by the former President and flagbearer of the opposition National Democratic Congress, Mr John Dramani Mahama which had become a topic for discussion all week long.

Mr Mahama while speaking at Techiman base Akina FM during a Thank You tour said the 2024 elections  would be a do or die affair, learning from their 2020 experience.

The comment which had been widely spoken about by all and sundry including the ruling New Patriotic Party(NPP) and the  Vice President, Dr Mahamudu Bawmia.

Speaking at the maiden Ghana Construction Industry Excellence Awards 2021 in Accra on Friday, September 10, the Vice President humorously encouraged the losers not to consider the awards a do-or-die affair in apparent reference to Mr Mahama’s controversial comments.

“But seriously if you go to court to challenge an elections result and you have no pink sheets, then your case will die,” he mentioned to abrupt derision in the auditorium.

The NPP on the other hand has said the comment only shows how desperate Mr Mahama wants to win power.