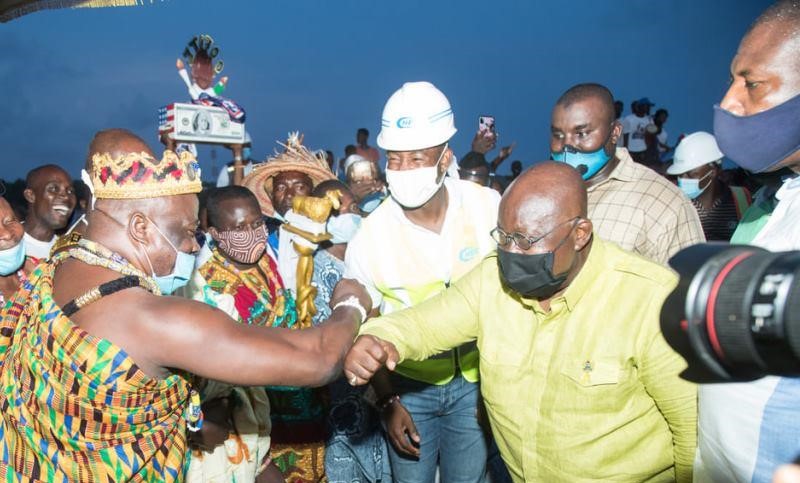 The president of Ghana Nana Addo Dankwa Akuffo-Addo has said that the country needs peace to prevail in Accra, especially, in the run-up to the December elections and beyond.

According to him, elections were just an opportunity for Ghanaians to participate in the democratic practices of the country and not a means to perpetuate violence adding that anybody whose intention is the latter in the peace process had nothing good to tell the people.

“We want peace in Accra, this election we are about to have is to give everyone the opportunity to speak his mind, is not something we are to fight about, if you are to bring violent into it, it means you have no good message to tell your people”.

The president was addressing the chiefs and people of Accra at Bukum, a community in the Odododiodoo Constituency on day three (3) of his campaign tour in the region.

Anybody who will bring violent in this year’s elections, it means the person does not have anything good to tell the people. If we are only to go and speak our mind why do you have to bring violence in it, if it like that it means that you yourself know that you have nothing good to stand on”, the president emphasized.

Nana Addo added that all eyes in Africa and the world were focused on Ghana at the moment hence the need for the country to affirm it stands of being a beacon of peace and democracy and appealed to the people to shun violent.

“Am begging you, we don’t want violent in what we are going to do on 7th December. Ghana, all of African and the world is watching us, they would have to know that we’re on our own,” Nana Addo said.

The Odododiodoo Constituency, one of the hot spots identified by the Ghana Police Service as a potential violent prone area in the coming December elections was on Sunday graced with a violent clash between supporters of the two major political parties in the country, the NPP and the NDC.

Three persons were shot and many others injured.

The Police have since made some arrest.