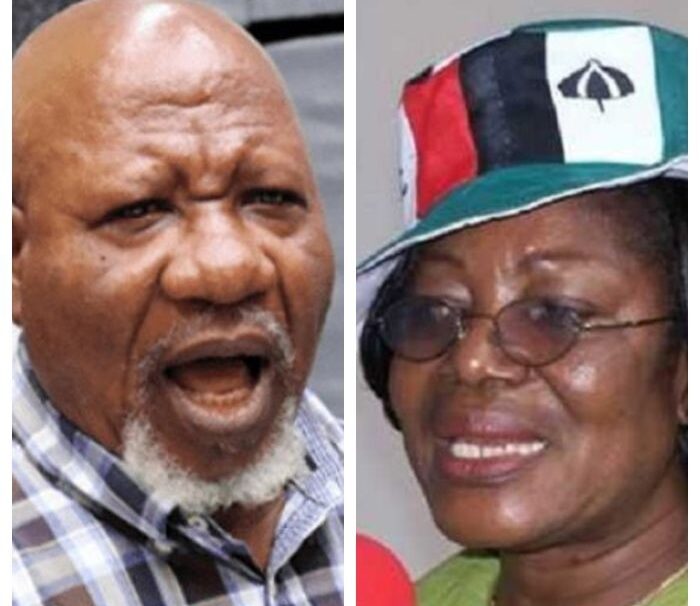 A founding member of the National Democratic Congress (NDC) and former Central Regional Minister, Ama Benyiwaa Doe, has taken a swipe at the region’s former Chairman of the party, Mr Bernard Allotey Jacobs over his recent out burst on the party’s leadership.

According to her, Mr Allotey Jacob’s does not have any influence on the party hence his recent rants would not affect the party in anyway.

“Allotey doesn’t have any influence on the NDC, he only adds up to the numbers,” the former member of the Council of State during late President Atta Mills’ era said on Akoma FM on Tuesday, March 16.

Ama Benyiwaa Doe posited that Allotey Jacobs only came to the NDC to enrich himself.

“Allotey Jacobs’ sole interest was to make money [and] now he feels he is okay so he is biting the hand that fed him.”

She told Akoma FM that she was sad the former Central Region Chairman of the NDC, now suspended, has now become an adversary to the party.

“I am sad Allotey is doing this,” she said.

I blame the media for attacks on their lives – Adam Bonaa