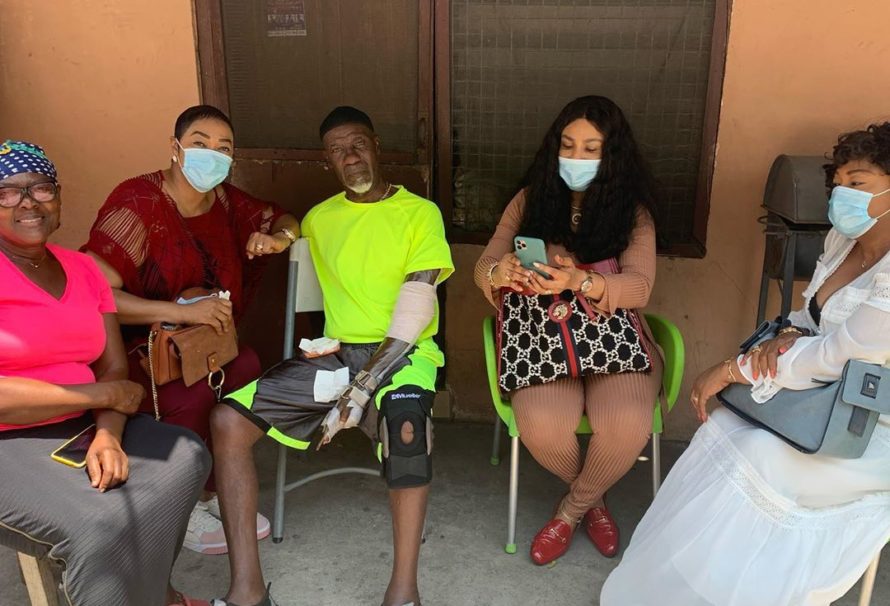 Veteran Ghanaian Actor, Emmanuel Armah, has been brought into the limelight again as a new photo of him showcases him in a more deteriorated state.

The actor who is currently losing movement in the hand and leg after allegedly suffering from a stroke in 2017 is reported to be in poor health, however family and friends continue to be optimistic.

The actor also suffers from speech impairment, a condition in which the inability to produce verbal sounds required to communicate with others.

Famous actresses Kalsoum Sinare Baffour and Selassie Ibrahim, shared photos of him on their social media accounts on Monday to update his and her fans on his current condition and to garner support for the ailing actor.

Emmanuel Armah has been battling stroke since 2017

Emmanuel Armah was earlier reported in 2017 to be battling with stroke and according to sources has lost weight and looked almost unrecognisable to many and those who were close to him.

Kalsoume Sinare Baffoe earlier paid a visit to him at the hospital when he was admitted for observation and treatment.

Since then she and many other actresses and actors have been constantly visiting the actor to support him.

The Veteran actor who spoke for the first time in a media interview in November last year after battling with stroke was seen struggling to talk.

Due to his health condition and mobility challenges, the veteran actor has been off-screen to receive medical treatment.

Known for his sterling performance in movies, Emmanuel Armah has featured in movies including Every Woman Wants Me, Fresh Trouble, Beyond Love, Things Men Do, and Shadows from the Past among others.