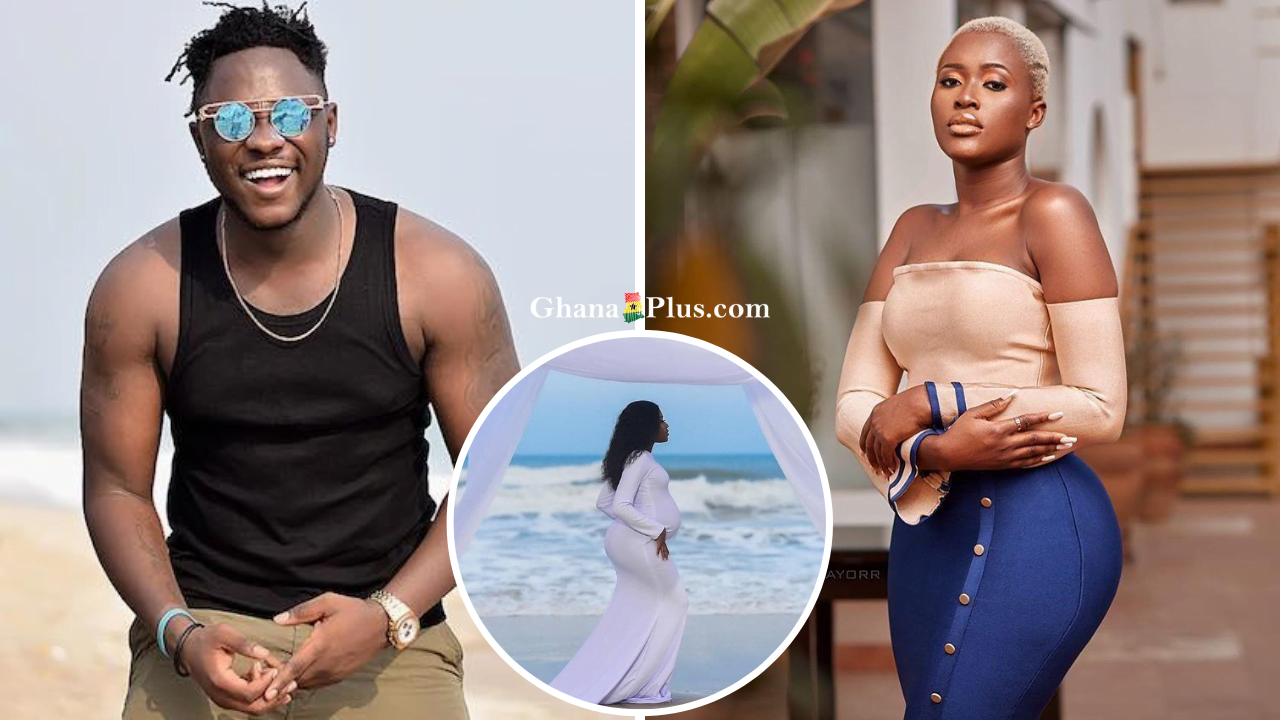 Ghanaian celebrity couple, Medikal and Fella Makafui has announced the news of the impending arrival of their first child in a new music video.

The new single titled “Odo” features King Promise in a beautifully lyrical and heart-melting song which sought to summarize their beautiful love story and the many bad mouths that greeted their relationship prior to their marriage.

The Ghanaian hip hop giant said persons who are against their love will cry, “against baa fo.”

“I have gotten my love and it hurt you, you should leave me so I enjoy my love, love is in the heart. Why won’t it hurt you, I have gotten happiness and true love, against will cry”, a portion of the lyrics performed by King Promise reads.

A video of  “Odo” features his actress wife, Fella Makafui who is heavily pregnant and might be due for delivery any time soon.

The musician also noted in the song, things that were said about him and Fella’s decision to stick to him and their love in spite of it all.

The “Ayekoo”  singer reveals some characteristics of his wife, Fella, describing her as the kind of woman who is not moved by money, sugar daddies, and material things.

The video was released yesterday, August 7, and had seen about 83,480 views as of Saturday, August 8, morning.

The Yaw Skyface directed video, was shot at the beach, perhaps to show how serene their marriage life had been despite the hitches prior to their marriage.

READ ALSO:  Go to Ivory Coast and ask about me, I'm highly exalted and worshipped

Fella was also dressed in a full white gown to compliment the serenity of the beech and perhaps to signify how pure their love story had been just like Medikal revealed in the music.

Medikal and Fella Makafui got married in March this year

The Yolo ( You Only Live Once ) star and her husband, got married in March this year, amidst several backlashes after Medikal dump renowned TV/radio personality, songstress, and philanthropist, Deborah Vanessa aka Sister Derby.

The two have since been living a happy couple life to the admiration of many Ghanaians and their fans.

GhanaPlus wishes them the best of luck as we await the arrival of the celebrity baby.