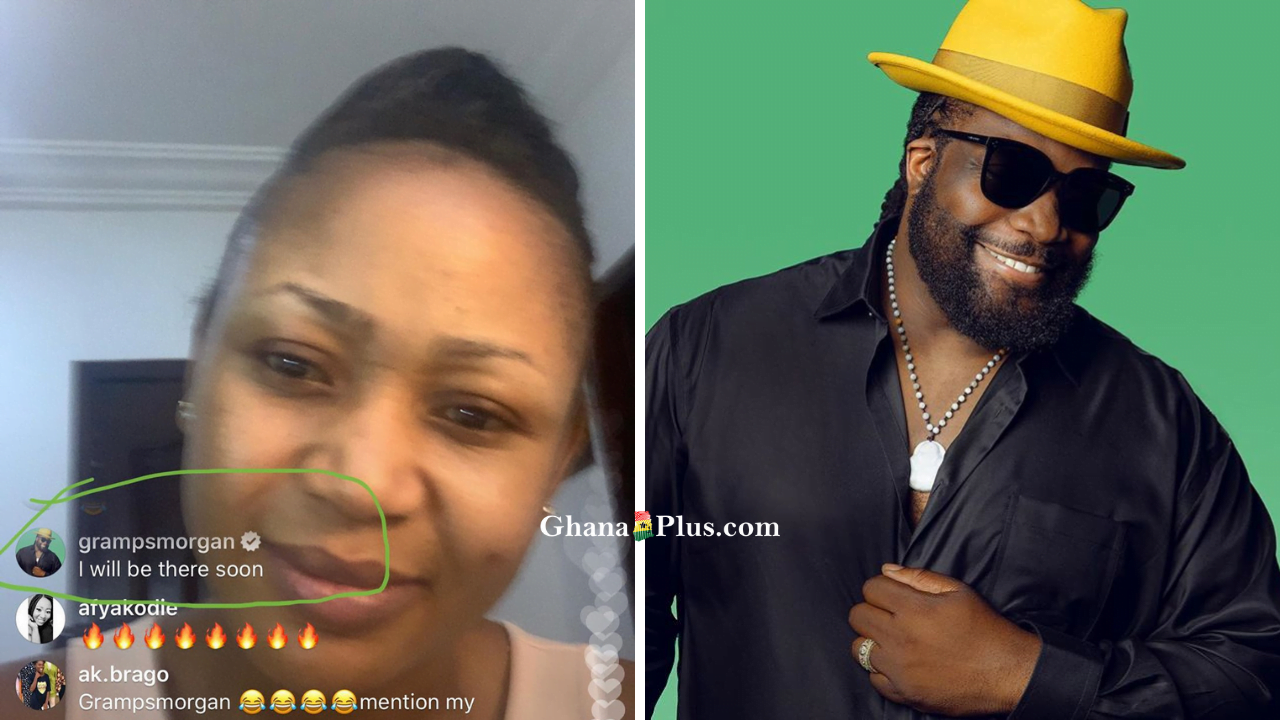 Ghanaian actress, Rosemary Brown is currently on another planet as she has just been mentioned by a Member of Grammy Award-winning reggae band, Morgan Heritage’s Gramps Morgan.

The son of the legendary reggae artiste Denroy Morgan commented on a post shared by the actress who had been in the news for all the bad reasons recently.

Commenting on the post by the young actress who was described as a nobody a couple of days ago by the controversial radio and television personality, Afia Schwarzenegger, the international artiste Gramps Morgan said  “RISE AND SHINE !!!!”

In another comment, the US Downtown Nashville’s Acme Radio host said he will be there soon.

READ ALSO:  I feel in my blood that I'm a British and not Ghanaian

It is unclear where exactly the two were talking about but it believed that it could be the plush United Arab Emirates’ Dubai, where the actress shared a post of her supposed trip to the country late last night.

The message from the renowned artiste and the father of 11 has got the actress hyper all night causing her to share the said message with her followers on Instagram.

The actress also revealed in a message accompanying one of the posts that she had a live video conversation with the Dada Son Entertainment record label boss.

Reacting to the comment, the excited Akuapem Poloo wrote “Lol he said RISE AND SHINE AWW💪💪 what a motivational from @grampsmorgan eeiii 🤣edey pain them”.

“Lol it’s was a great feeling tonight having a legend like you in my live video @grampsmorgan 🔥🔥🔥🔥🔥 I’m humble my boss’s 🙏” Akuapem Poloo wrote.