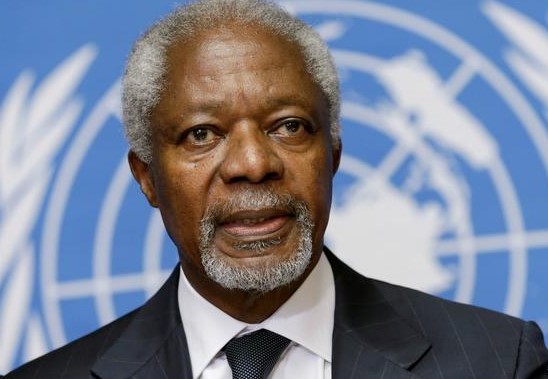 Another fake Dr UN has been caught in a visa fraud scam at Niiboi Town in Accra.

The alleged scammer who goes by the name Dr UN Pro max, report said have been defrauding some residents of Niiboi Town with the story of providing them with visas to travel outside the shores of the country.

Ghanaian musician and entrepreneur, Diamond Appiah who shared the information on her Instagram page said the alleged fraudster was also a fake lawyer adding that he neither had a classmate nor certificate to support his self acclaimed law profession.

She noted the supposed fake Dr UN Pro Max had been hovering around one sakawa boy in the community in an attempt to defraud him.

The singer turned the National Democratic Congress (NDC) politician posted a picture of the former late United Nations Secretary General, a proud son of the soil on Tuesday morning to share the information.

According to her, she did not understand why unscrupulous Ghanaians would always want to soil the hard earned global reputation of the former and late Ghanaian diplomat and Secretary General of the United Nations,Kofi Atta Annan

Together with the picture, this is what she wrote; “Oh Dr Kofi Annan u have Suffered oo. I don’t know why some FRAUDULENT Ghanaians with no shame have decided to use ur name n beautiful memory to scam people. First it was DR UN and now is FAKE Lawyer aka Dr Un Pro max, using ur name to defraud ppl for Visa 😂😂😂😂 eeiii a lawyer who doesn’t have any classmate nor certificate n was all over a sakawa boy at Niiboi Town .. Ayam weak sef 🤣🤣”

It could be recalled that in September this year, one self-acclaimed global ambassador for the United Nations (UN), Dr Kwame Fordjour, popularly known as ‘Dr. UN‘ used the name of the late former UN Secretary General in awarding fake awards to some renowned  media personalities and celebrated musicians in the country.

Media checks later revealed the suppose awards were fake and the organizer, Dr Owusu Fordjour, had subsequently, rendered an apology to Ghanaians and the celebrities he deceived.

A post shared by QUEEN OF GH 👑 (New Page) (@diamondappiah_bosslady)