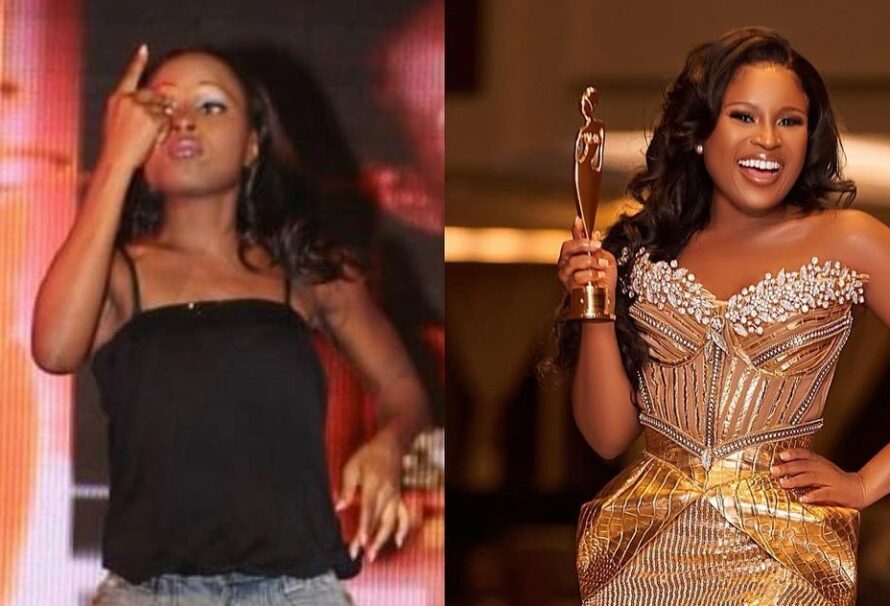 TV3’s Berlinda Addardey also known as Bella Mundi has caused a stir on social media with a throwback and recent photos of herself shared on her Instagram today.

The throwback photo is believed to be one of the stage episodes from the Miss Malaika pageant, a beauty pageant from which the prominent TV presenter’s media career began.

Bella as affectionately called emerged as the second runner up of Miss Malaika in the year 2010 and the rest had been history.

The recent picture, however, was from the night in which she was adjudged the Glitz Africa Woman of the Year- Young Star 2020.

The TV3 New Day host captioned the photos joined together “How it started vrs how it’s going 😁”.

Fans have since reacted to the post and congratulated the presenter who is currently a household name in Ghana on the great feet she had achieved.

Others blessed God for her life.