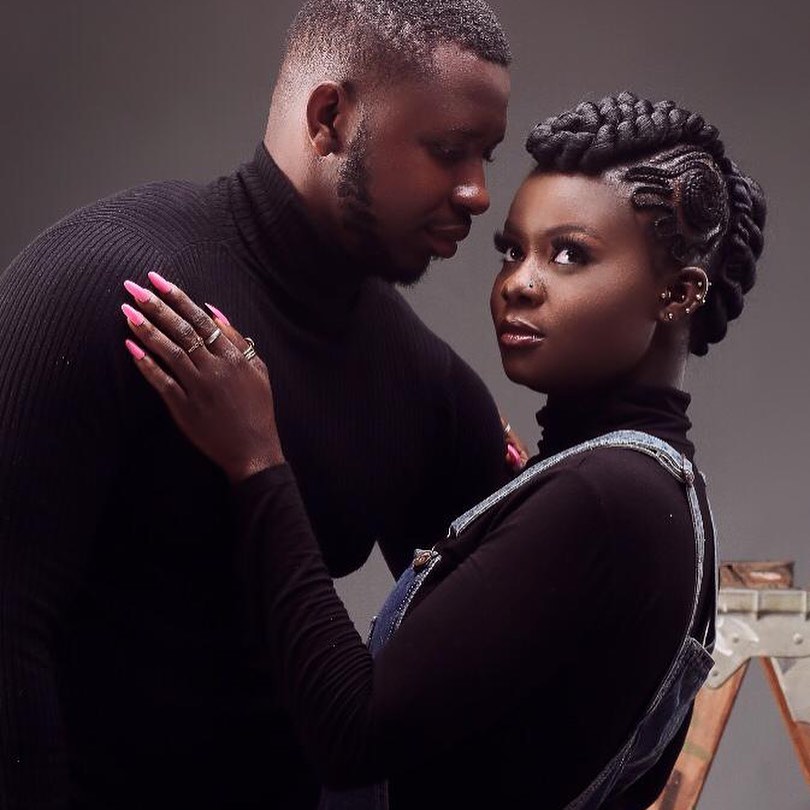 TV3 Date Rush couple, Fatima and Bismark are certainly living it all as their romantically loved up photos has got their teaming followers talking.

The jaw dropping photos which could stand as a ‘Save the Date’ photos had the two loved up in a romantic gaze in each other’s eyes while Fatima rest peacefully in the arms of her man.

Dressed in marching black turtle neck sweaters, Bismark had one hand wrapped around the date rush sensation, who goes by the name galsdemboss who in turn had her left hand placed on his chest

Fatima wears her sweater with a jean braces while Bismark went with black jean trousers.

The couple shared the pictures on the Instagram pages.

Many of their followers have reacted to the pictures congratulating them while others pleaded with them not to disappoint them like others did on last Sunday’s reunion episode.

Bismark, an entertainment journalist, a Presenter and Master of Ceremony(MC) in an episode described as surprising by many chose Fatima, a very popular personality on the only dating reality show in Ghana, Date Rush after she failed  to find love on earlier four episode.

Known for her dance moves, unique hairstyle , much of a talker and care free life style the two seem to be coming from opposite world as Bismark appears more classy, schooled and gentle on the outside.

The two’s romantic date was also much talk about as it equally came with its surprises.

With this couples photos, viewers can’t wait to find out how their relationship had been as the two are expected to make appearance on a reunion episode currently being aired.