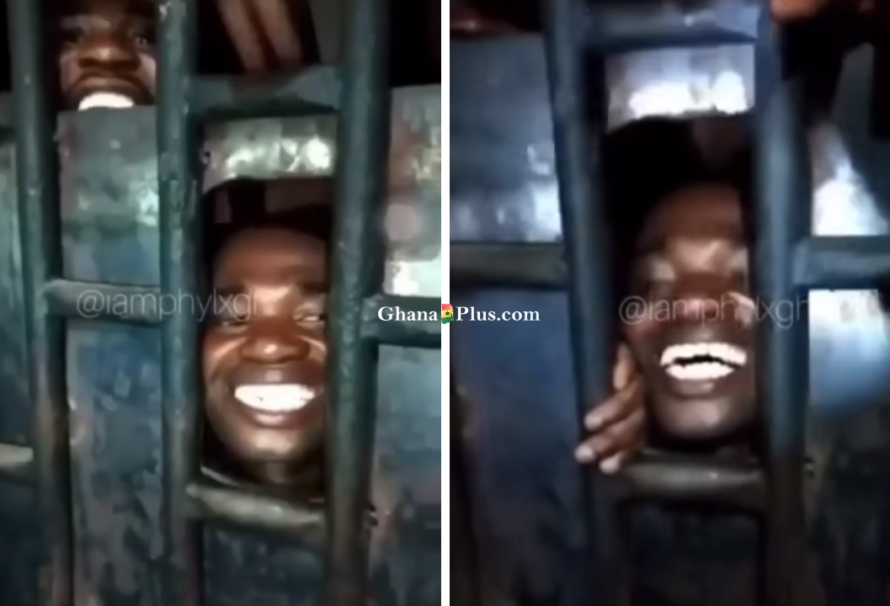 The self-acclaimed Global Ambassador for the United Nations, Dr. Kwame Owusu Fordjour, popularly known as Dr. UN, seem to be having much fun even in jail where he currently finds himself.

A video sighted by GhanaPlus.com shows that the man who recently made name for presenting fake awards to some Ghanaian celebrities was on his usual jovial self even in police custody.

He was all smiles, with all of his teeth on display, a trait that had always characterized all of his public appearances since he came to the lime light even in the confined cell.

Appearing to have owned the heart of his colleague inmate, Dr UN was being cheered on by his colleagues who seem to be having a great time with his presence also.

Dr. Kwame Owusu Fordjour was arrested yesterday at Hello FM in Kumasi in the Ashanti Region while there for an interview.

Report on the reason for his arrest still remains scanty, but a video sighted by GhanaPlus.com showed him being escorted from the premises of the radio station into a waiting car.

Dr. Kwame Owusu Fordjour, affectionately called, Dr. UN by Ghanaians about a month ago presented to some renowned personalities in the country’s entertainment and media space, a supposed United Nations award which was reported to be fake.

He has since apologized for the controversy the award has generated adding that the intention behind the award was to celebrate the good works done by the celebrities and not to mock them as being speculated in the media.

READ ALSO:  Stripper treats will be at your gate at 11:30pm, Michy Romantically jabs Shatta Wale on birthday

He, however, added that the award was not fake.

Watch the video of him having fun in the Police cell