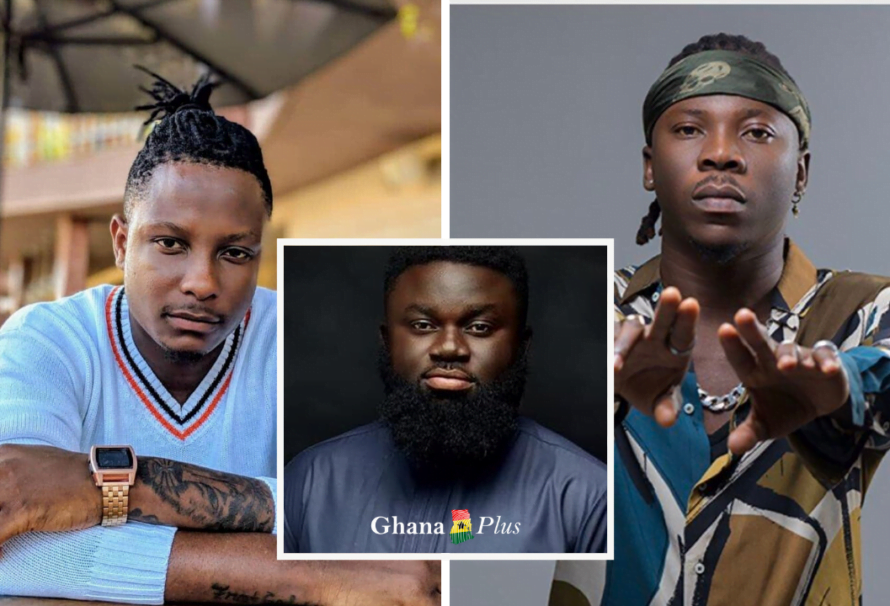 Artist Manager and Media Person, George Britton has called on the media to condemn attacks on artists in the country amid the ongoing beef between Kelvyn Boy and Stonebwoy.

He noted that such attacks were becoming too many in the industry and needed to be condemned with all certainty.

I think I am a bit disappointed in the media because not so many of us have come out to condemn the actions but rather we are attacking either Kelvyn or Stonebwoy.

“Until we condemn and punish people who go into these, we may not know what would happen tomorrow,” he said.

According to him, no matter the reaction of the two, the attack needed to be condemned first and foremost adding that it was not the first time such an incident had been recorded.

Arnold Asamoah Baidoo, an Entertainment Analyst who was also on the show said such development does not help the industry.

On Monday, June 22, some unknown persons attacked Afro beats Artist Kelvyn Boy at the new Electroland branch in Ashaiman in Accra where he had been booked to perform at the opening ceremony.

The attacker was said to be a sympathizer of Stonebwoy.

Soon after the incident, Kelvyn Boy who is a former signee of the Burniton Music Group took to his Twitter handle to share a series of Tweets which many believed were directed at his former boss and CEO of Burniton Music Group, Livingstone Etse Satekla, known as Stonebwoy in the Music industry.

However, a statement from Stonebwoy’s camp has denied any involvement in the incident adding that the allegations were only to tarnish his reputation.

“For the avoidance of doubt, we state emphatically, that we are no way associated with the alleged scuffle,” the statement said.

Samini, known in the industry as God Father of the two, earlier, in an Instagram post called for calm between the two.

I like BLACK and WHITE because it’s timeless. It speaks volumes in its absolute calmness. As we try to perfect the divinity of oneness, let no iota of negativity, though they will arise, distort the flow of GREATNESS. Great things have come but even greater things are yet to come. Take no delight in violence, and rejoice not when your worse enemy is in crisis because life is one cycle and what goes around comes around. When one finger points at the bad guy the rest of the four points at the pointer… woe unto the pointer if he goes around the point in circles only to miss it. Hm… oh what a joy it will be to see all family members in one harmony. @stonebwoyb is and will always be my family and that automatically makes @kelvynboymusic_ my blood. So put yourself in my shoes at this point in time and tell me what to do… I don’t condone disrespect to the elderly or pacesetters no matter the situation is because it’s one TRUTH to NEVER bite the finger that feeds you. One may ask so what if the finger chokes you? Quickly free yourself but try not to bite because it’s a RULE to not bite it no matter what. YES it’s difficult but once bitten… Long story short… Let’s come together one last time and have a sit down away from social media so you can amicably cut ties on a good and blessed note. Then and only then will we have some peace in this household. Mi’mma yi asu y3 ding kraaa dodo lol. Mabr3 ooo. Yoooo. As3m b3n kraaaa ni. Kelvin pls don’t say anything again. #Onegad you know how de ting go I beg say no more on this topic cus at the end of the day a son will always be a son.. Let the music play. #akyesaaaaaaaaa #bhim #lailai 😂😂😂.