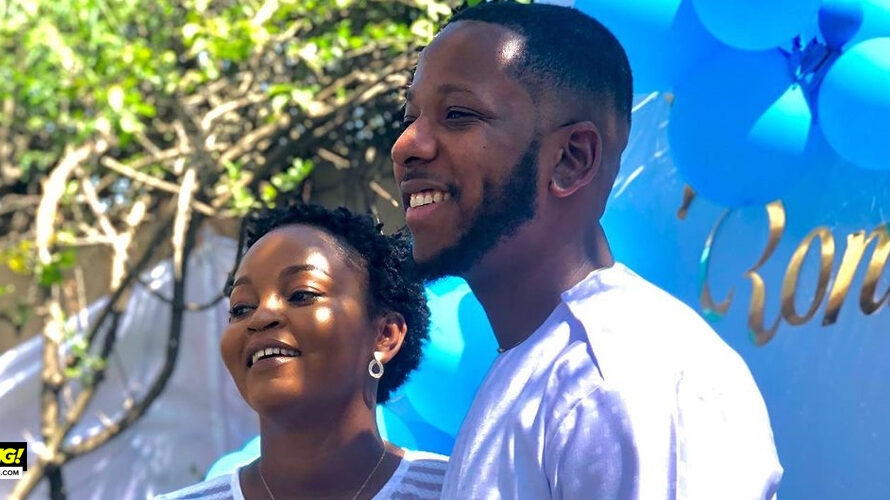 Ghanaian actor and YOLO (You Only Live Once) television series star, Aaron Adatsi a few days ago was reported to have christened his first child and baby boy with his girlfriend Eyram.

YOLO, a National Population Council initiative in partnership with the Ghana Health Service, Ghana Education Service, and the National Youth Authority (Ghana) and facilitated by Communicate For Health and FHI360 with funding from the USAID placed emphasis on abstinence and the use of condoms in extreme cases.

The series was directed by the popular movie, director, Ivan Quashigah of “Thing we do for love” fame and have already telecast five (5) seasons of the teen-centered show.

Since the news of the actor’s baby naming with his girlfriend was reported, many Ghanaians, most of whom were ardent lovers of YOLO and others who had an encounter with the star during an advocacy tour in some second cycle institutions in the country have reacted interestingly to the news,  although, Aaron seems to have grown in age and stature.

READ ALSO:  Diamond Appiah rein curses on children of a lady who called her barren

GhanaPlus chance upon some interesting comments and brings you some of them which were shared on social media by Ghanaians.

Osmiyah Teefah wrote: “This guy came to my school talking about abstinence till marriage and stuff this life no balance o”.

Ohemaa Korantemaa Borngreat also wrote that “Osmiyah Teefah he didn’t only talk of abstinence ooo he said they should use a condom to protect themselves….I think his condom burst”.

Another by the name Jhay Middy wrote “Emily we are sorry it was the plan of the devil…. Another apology loading chai”.

Samuel Ati Boateng Wasty indicated that “You were behaving in the YOLO as if you don’t know where the hole dey now you see your face lol”.

“Let him be wai Even in the Bible some Angels came to live on Earth just b’cos they saw beautiful girls on Earth which they couldn’t resist how much more a Man, after all how many of us don’t practice some of the things we preach” Comfort Sadia added.

Kofi Kwao on his part said “This guy made a girl dawg my paddie because he went to their school talking about abstinence till marriage and and no condom no chopping.. Not knowing his waist sweet him pass gob3”.

Kim Kardashian opens up about Kanye West’s Mental Health, calls for compassion in the wake the crises