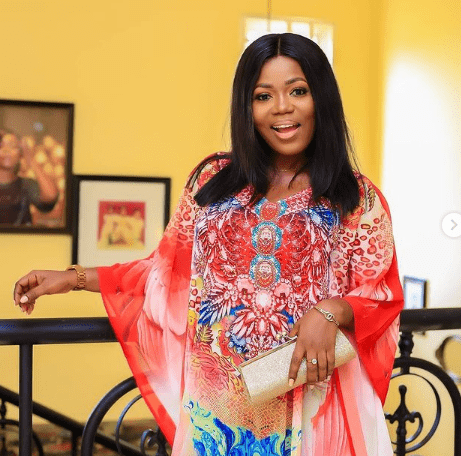 I am quitting music to make babies - Mzbel

Celebrated Ghanaian musician, Belinda Nana Ekua Amoah known as Mzbel in the Ghanaian showbiz circles has hinted of her intention to quit music to pursue other interest.

According to her, her most important interest at the moment was to have more babies to add up to his only son adding she feels it was time to make more babies.

“I have goodies music that signs me recently with some Nigerians and European people behind him who want me to record a whole album, we have been struggling to get that done because I don’t think I want go back to doing music. I want to make babies”.

“ Now I am 41, these people with their money want me go back in the studio and do music, now they are going to take my life by the time am done with them, seven years of my life is gone, 47, maybe by then I will be in my menopause and will not be able to have kids again, so am struggling to accept it. For me, I feel like its babies time,” he emphasized.

The Awoso Me hit maker who reported recently that his adopted son, John, had abandoned her for a biological parents made the comment in an interview on Asaase Radio’s Between Hours in Accra and monitored by GhanaPlus.com.

Recounting her experience with her adopted son, she noted she regret not having more babies in her prime adding that making more babies, at least six of them should be what every woman should strive for.

Mzbel noted she picked her adopted son from the street of James Town when he was only 3years and subsequently got his mothers permission to raise him as her own and little did she ever thought that he would abandon her someday.

“John was my son, I didn’t think he will ever walk away, I didn’t expect that he will just walk out,” he said.