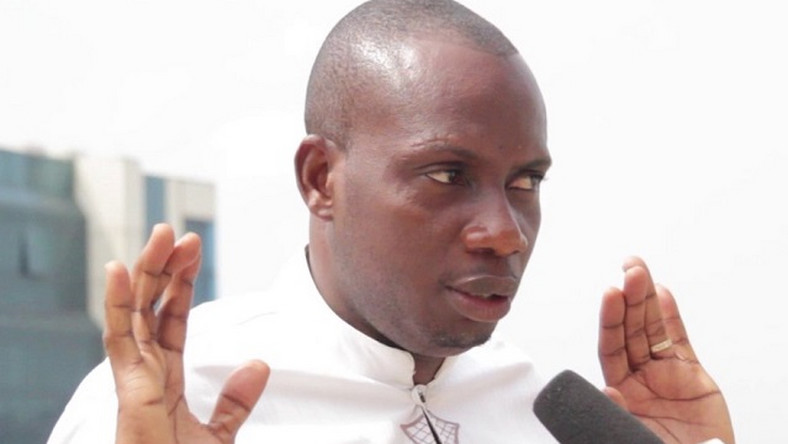 Controversial Counselor Lutterodt is back

Controversial radio and television counselor, Rev. Cyril George Carstensen Lutterodt, popularly known as Counselor Lutterodt has returned to radio months after being absent following a public outcry for his ban.

The self-acclaimed counselor known for his distasteful comments about women, especially, was ousted from various media platforms, including Despite Media over a comment he made about a rape victim during one of media discussions.

According to him, he had learned some lessons from the development which saw him absent from the media for about five (5) months.

The controversial man of God made his comeback on Okay FM’s Ekwanso Dwodwo hosted by renowned broadcaster Abeku Aggrey Santana on Thursday, December 17 and monitored by GhanaPlus.com

Speaking on the programme, he revealed that the most important thing he had learned from the publication which gave rise to the public outcry for his ban was to learn how to communicate better with bloggers and also to record every conversation he takes part in on the very programme.

“What I have learnt first is that when I am in the studio and the bloggers come and they went my view about something, I have a way to now communicate to them,” he said.

“I have also learnt that, I will not sit somewhere and make a comment without recording because the cat and dotting brings a lot of things so I have learnt from that particular one paa that if a blogger just sit somewhere and takes a piece of your conversation and publish it, it brings a lot of misunderstanding. So is the biggest thing I have learnt. Even right now if you are doing a programme and you want to take my view and play it, I don’t accept, I prefer to come live and speak,” he added.

It could be recalled that on July 10, this year, over Ten Thousand Ghanaians signed a petition demanding for the controversial self-acclaimed counselor to be ban from radio and television discussions following a comment he made about a rape victim.

READ ALSO:  I was told my baby will flash out just like that but i kept faith– MzGee says as she shares chilling miscarriage story

He was reported to have said on a television station that rape victims enjoy being raped regardless of their unwillingness at the beginning of an act of rape.

The petitioners led by one Ivy Prosper under the link change.org said the comment only promote rape culture and called on all media outlet to ban him from their platforms.

“This type of statement to a national audience on television only promotes rape culture. George Lutterodt is a ‘rape apologist’ who justifies the aggression of rape and sees no consequences in the act,” the statement said.

The loud-mouth relationship and marriage counselor had since apologized for the comment but however, added that his comment was taken out of the contest.