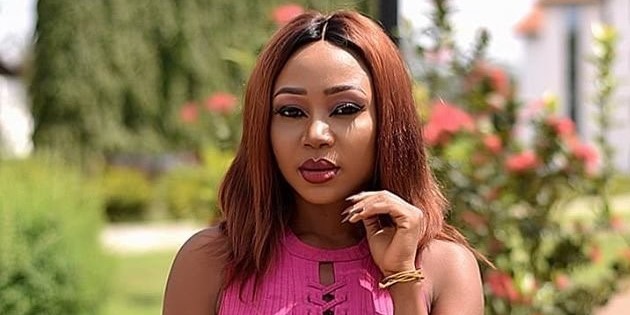 Ghanaian actress Rosemary Brown, popularly known as Akuapem Poloo has spoken for the first time after the Accra Circuit Court sentence her to three month imprisonment over nude photos of herself and son she shared on social media last year.

According to her, she was aware her current predicament was a test she had fulfill to get somewhere in life and had assured her teaming supporters and followers she would be back home in no time.

The actress took to her Instagram page to speak few hours after her sentence was passed by the court.

“Guys you know your girl is strong, sometimes in life you have to pass through some things to make you strong to get you somewhere. I know is a test I have to do through,” she said.

In the Instagram video sighted by GhanaPlus.com, she expressed her appreciation for the overwhelming support from Ghanaian and Nigerian celebrities and the entire country since she was incarcerated on Wednesday.

She mentioned the likes of Sarkodie, Reggie Rockstone, Akuma Mama Zimbi, Stonebwoy among many others who led the hashtag #FreeAkuapemPoloo to support her in her difficult moment and others who had supported his son financially in the past few days.