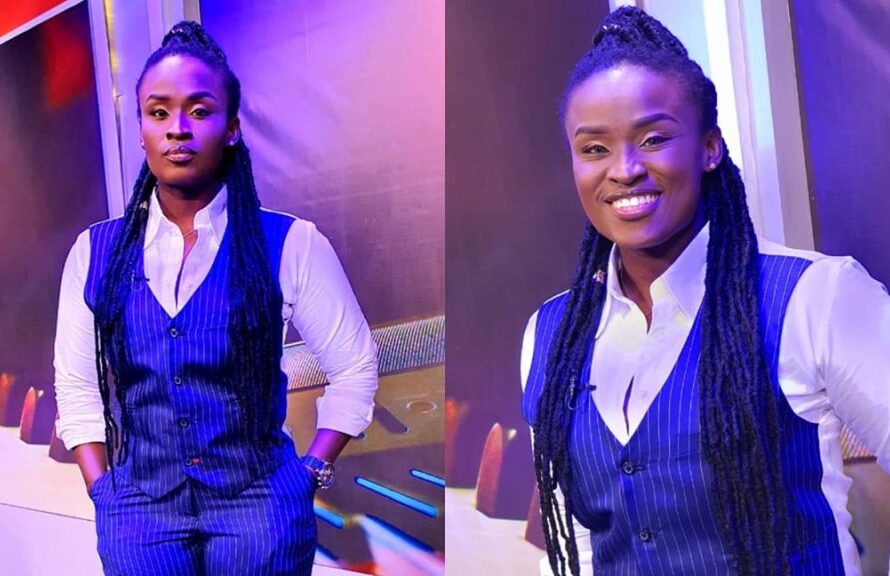 Ghanaian ace broadcaster, Jessica Opare Saforo has urged women to sue men who fail to marry them after they promise to do so.

According to her, no woman deserves to be treated in such a manner by any man and advocated that women take advantage of the country’s law on Breach of Promise to Marry to seek compensation for the time wasted in the failed relationship.

The ace broadcaster gave the advice in a video she shared on her Facebook page on October 14, 2020.

The ‘Sister Sister’ host and radio presenter captioned the video “If he doesn’t marry you… SUE HIM!,”

“More often than not women get dumped by their partners after they promised to marry them. This video shows you how you can get adequate compensation for all the time you wasted on this guy who dumped you,” the caption accompanying the post further read.

Speaking in the video, Ms. Opare Saforo said “Ladies if he doesn’t marry you sue him”.

READ ALSO:  Who takes over from Ebony Reign as VGMA Artiste of the year?

“And we’ve all been there. You’ve been in a relationship with this guy who you met and absolutely fell in love with. He told you he was going to buy you the moon and the sky and indeed he promise to marry you.  Couple of weeks, years down the line, after doing all things that supposedly married people do, because you knew that this relationship is going somewhere, he dumps you just like that”.

“Ladies you can take him to court and seek redress” Ms. Saforo added.


Relationship and Marriage Coach, Papa Kwamina Amoo who spoke in the video said women could get up to 15,000 to 20,000 for their time wasted in the relationship.

According to him, women can get enough compensation for everything they invested including sex adding that it would cost only a hundred Ghana Cedis to begin a “Breach of Promise to Marry” procedure in the court in Ghana.

“You cannot force the man to marry you, but you can get compensation for the time spent, for the sex you had, and for all the cooking and washing you did, don’t let the men go scout free. File the case for breach of promise to marry”, he said.

“So to my ladies out there, this is papa Kwamina Amoo and am saying that when the man promises to marry you and he leaves you, file for a breach of promise to marry and you will get a relief. Don’t sit there and do fa ma Nyame” he emphasized.

The renowned counselor also indicated that women could employ the services of the Legal Aid Scheme Ghana in the case of Breach of Promise to Marry at no cost at all.

Men can also file for Breach of Promise to Marry

The Breach of Promise to Marry law can also be applied by men who have equally gone through similar unfair treatment in relationships.