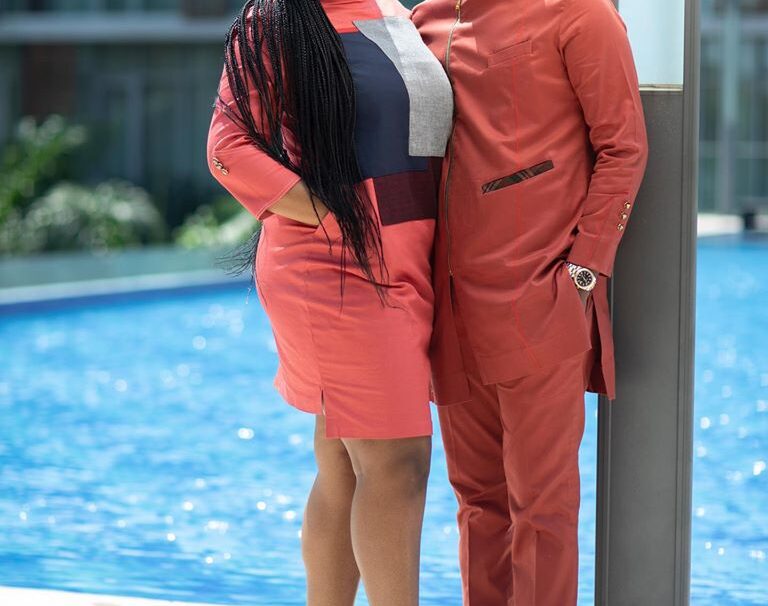 Ghanaian Gospel musician, Joe Mettle has been in the news lately about his impending marriage this month.

The sensational singer has, however, not deny or confirm the news of his marriage to his girlfriend who was identified as Salomey Selasie Dzisa come this Saturday, August 15, 2020, at the Christian Centre Assemblies of God Church, Tema.

Well, Joe has finally confirmed the news in a photo he shared early this morning.

The photo perceived to be a pre-wedding photo was shared by the gospel giant both on his Twitter and Facebook pages.

Although the picture shared by the musician who was reported to be planing a secret wedding with television star Bella Mundi, did not come with any message, the posture, closeness, and demeanor of the two confirm the news.

READ ALSO:  'Conqueror' by Yvonne Asamoah-Tawiah, will certainly make you conquer the unconquerable

They were all smiles and wear matching outfits too.

The sensation singer who has to his credits songs like “Nhyira”, “Medo Wo”, “Akokyem Nyame”, “Mensuro”, “Turning Around” and “Yesu Adi Nkunim” mostly appeal to the greater portion of the young Ghanaian and international population.

He was rumored to be having an affair and planning a wedding with Ghana’s phenomenal television star Bella Mundi early this year but the two denied the news adding that they were only friends.