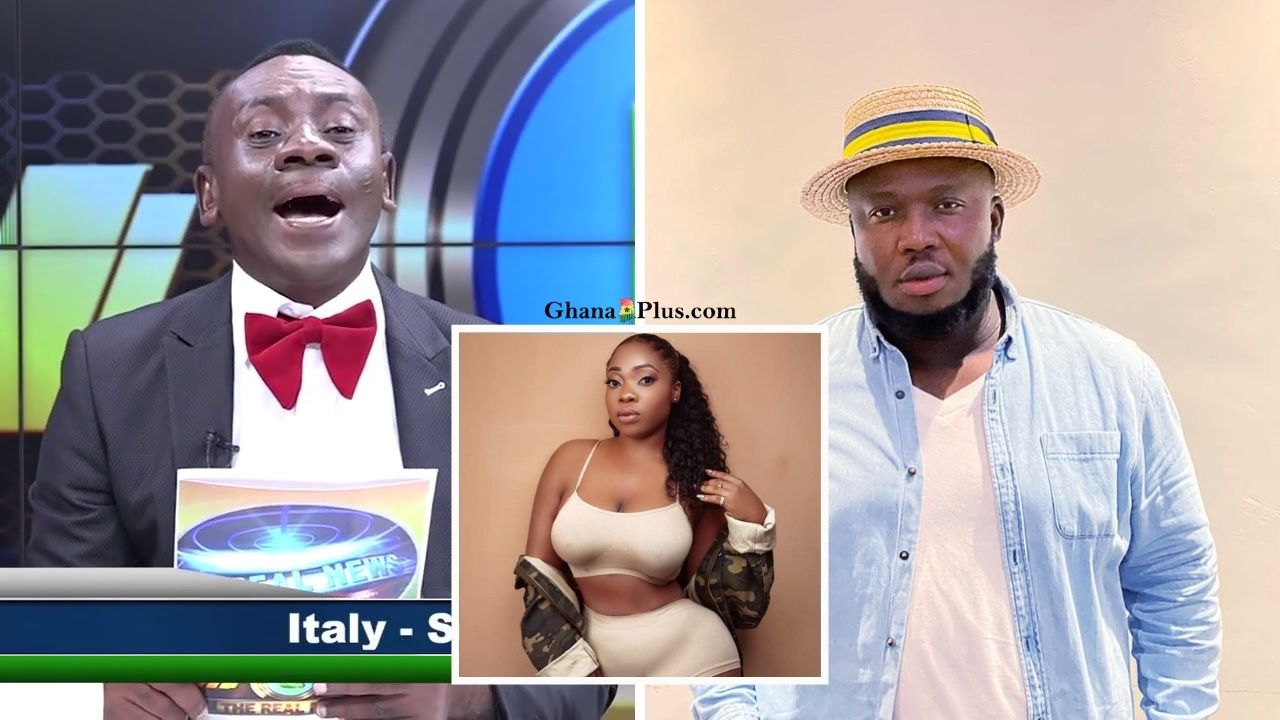 Akrobeto was hosting his satire news program ‘Real News‘ on UTV over the weekend and decided to share his opinion on Moesha Buduong’s repentance.

The comic actor mocked Moesha badly and trolled church members who were falling under her anointing when she was singing and worshiping God at the church.

He questioned why Moesha suddenly decided to give her life to Christ and said although it is good to repent, many celebrities are using that medium for their own gains which he is against.

Akrobeto cited Nana Agradaa claiming to have repented and now a baptized evangelist of God.

READ ALSO:  I just asked God to take my life away - MzGee’s husband says as he shares COVID-19 survival story

The opinion of Akrobeto has angered music producer Kaywa, who has revealed that the actor has no right to mock a repented sinner on national television.
Kaywa quoted the bible to cement his anger saying even angels of God rejoice in Heaven when one sinner repents so Akrobeto has no power to judge.

“I’m seriously saddened by this… why make adverse mockery of someone’s decision to repent and give her life to Jesus?” Kaywa questioned.

He went on to write, “Why laugh over what makes Heaven Rejoice??? who Gave us the power to judge someone’s salvation? let’s be careful.”

The CEO of Highly Spiritual music later advised actress Moesha not to be mislead by blind Christians like Akrobeto adding that Jesus Christ is proud of her decision to shone evil ways and become a devoted Christian.

“dear @moeshaboduong Jesus Christ is very proud of you, and always remember you made the BEST decision for your soul.”

Akrobeto is not the only Ghanaian who believe Moesha has not fully repented but has other motive.

Many rumors have alleged that the actress is faking all this to impress her soon-to-be family in laws so she can marry their son.