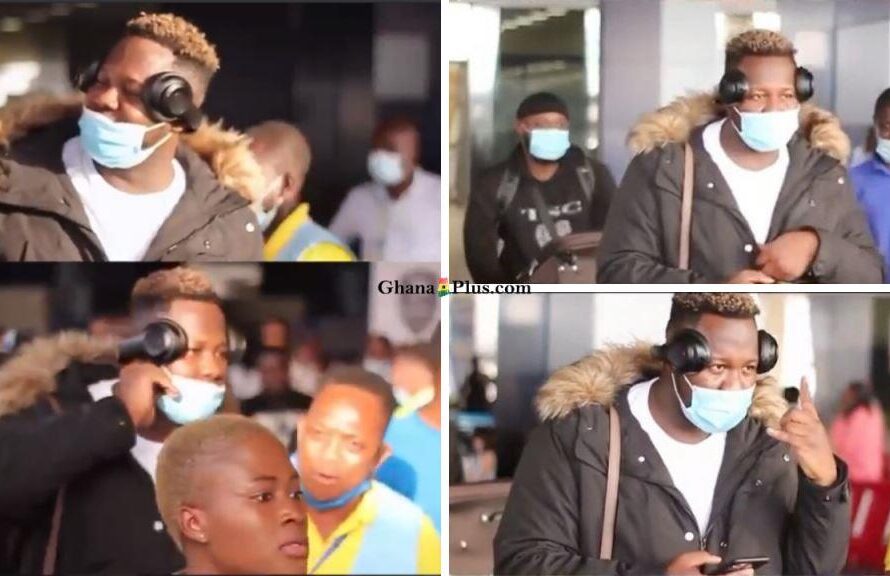 Celebrated Ghanaian hip-pop artist, Medikal on Tuesday, November, 17 arrived in the country after being out of the borders of the country for a while.

The musician in a video sighted by GhanaPlus.com at the time of his arrival had several of his close pals and his wife, Fella Makafui at the premises of the Kotoka International Airport to welcome him home.

He was also ushered in amidst heavy security presence and subsequently, arrived home in the company of two police escort who paved the way for him in order to avoid the heavy traffic of the capital city.

Sharing the video, the Borla Bird hitmaker wrote, “FEELS GOOD TO BE BACK HOME ”