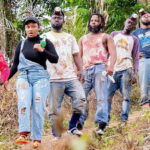 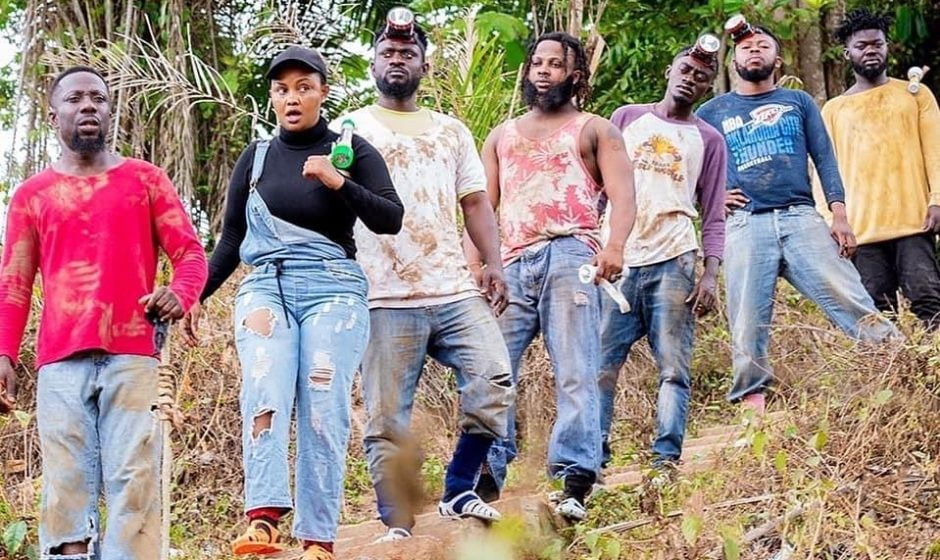 Famous Ghanaian actor, Clement Bonney, known in the entertainment circle as Mr. Beautiful has returned to the movie screen after a break from his active profession some years ago.

The actor who has been reported of lamenting that he had been sidelined since he thrown his support behind the National Democratic Congress (NDC) in the 2012 and  2016 elections is currently on set filming a movie.

Reported to have ditched his acting career for bodyguard duties for renowned leader and the head pastor of the Glorious wave Chapel, Prophet Emmanuel Badu Kobi, the actor is currently on set with Ghana’s finest comedians Kalybos, Bismark the joke, Lilwin, and celebrated actress, Nana Ama Macbrown among others.

The Famous Multimedia project which would soon grace our screen is expected to usher the actor back to his hay days as far as entertainment was concerned.

Although the titled is yet to be made public, information gathered has disclosed that the movie was being shot somewhere in Tarkwa in the Western Region and would be a classic comic piece considering the line up of industry’s finest for the project.

Photos of scenes in the movie have since popped up online getting Ghanaians talking about the come back of the sensational comic actor.

Sharing the photos of the movie on Instagram, the Ghanaian comic actor, Kalybos, the only Bos with one S quizzed Ghanaians “Who do you see??? Adding that enemies were not God.

The actor’s come back have created excitement among his fans who had anticipated his come back for some time now.

They have since expressed their excitement and GhanaPlus brings you some of their reactions.

gilbertsonmanuel also noted that “this movie would be legendary aswear😂😂”

Subscribe
0 Comments
Inline Feedbacks
View all comments
DISCLAIMER: GhanaPlus.com is in no way responsible for opinions or comments expressed on our website by contributors. Should you have any complain about a story published on this website, please Contact us
Showbiz