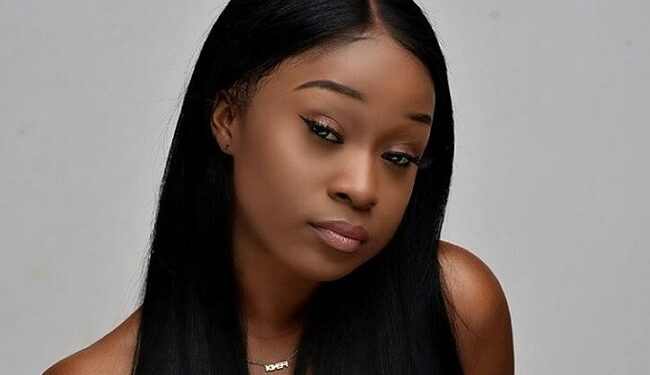 Ghanaian celebrity and #FixTheCountry campaigner, Ms Andrea Owusu, pupolarly known as  Efia Odo has announced she is taken a break from activities of the campaign.

According to her, her mental health was at stake hence the decision to take a breeder from the campaign which she had been an active part since its inception months ago.

Efia Odo, made the announcement in a statement shared on her Instagram page on Monday, July 5 sighted by GhanaPlus.com.

She indicated her love for the country and humanity was turning her into something she was not and that was having a heavy toll on her hence the need to take the break at this crucial moment.

“I will like to take this time to let you all know that I’m going on a hiatus. My mental health is at stake at the moment. My love for this country and humanity has turned into something else I am not, political. I am of peace and equality. My heart and intentions are as pure as gold. Things are too heavy for me right now. Take care, ” wrote.

Efia Odo has been a very active member of the #FixTheCountry campaign, a social media campaign initiated by Ghanaian youth on social media, twitter most especially, to demand a better Ghana from duty bearers.

The campaigners have argued high cost of living, abandoned government projects, the country’s debt stock, lack of basic social amenities, indiscipline, lack jobs for the teaming youth, destruction of lands and water bodies through illegal mining among others and called on the government to fix them to make Ghana a better place worthy of living.

It has since traveled for months and generated some responses from government official on some of the issues raised.

However, the campaign has not been without challenges as it could be recalled, Efia Odo together with other campaigners were arrested at the by the Ghana Police Service after a court hearing on whether or not they should be allowed to organise their demonstration on Friday, June 25.

Prior to that, others, had reported threat on the lives, jobs  among others.

About a week ago, a member of the campaign, Ibrahim Anyass, popularly known as Macho Kaaka lost his life after he was mob attacked at Ejura, however, the Ghana Police Service has disclose, his death had nothing to do with the campaign.

READ ALSO:  No need for celebrities to be happy over Moesha’s 'ordeal'