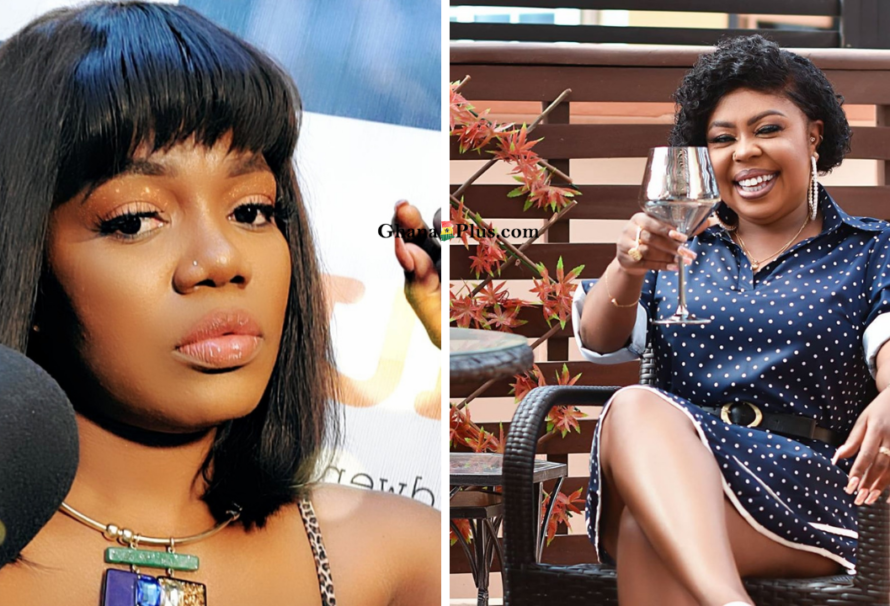 Ghanaian musician, Mzbel has disclosed that she has summoned controversial Ghanaian media personality, Afia Schwarzenegger before James Town Traditional Court (Nae We) over her constant insult and defamation of her personality in the media space.

Mzbel made the revelation on Saturday, October 10, 2020, in a conversation with actress Nana Ama Mcbrown on the United Showbiz show aired on UTV.

She indicated her decision to drag her former friend was to clear the lies and bring some finality to the development in which Afia Schwarzenegger takes advantage of every opportunity to drag her name to the mud through insult, lies, and false accusations since their friendship went sour.

READ ALSO:  I would have married Tracey Boakye those times if I had money – A Plus

“Anytime, Afia Schwarzenegger get the chance to go to radio or sit on her social media page, she has to say something about me, insult me or level false accusations against me so I have taken it to ‘Nae We’ to help put a stop to it” she said.

“I took the case to the traditional court because there you can’t lie, you will swear an oath and they will make you aware of the consequences of lying before you swear and the consequence will come instantly for you to see,” Mzbel added.

Media personality, Afia Schwarzenegger, has been on the neck of Mzbel at the slightest opportunity over one thing or the other since their friendship went sour some years ago.

Some few days ago, the actress took to her social media platforms to dare Mzbel to utter a word, if she was not afraid to have her dirty secret and sexual escapades exposed in the media.

She also named men, the musician had supposedly had an affair with among others.

She later pulled down a post over a supposedly 13k, she claimed was paid to her by one of Mzbel’s men.