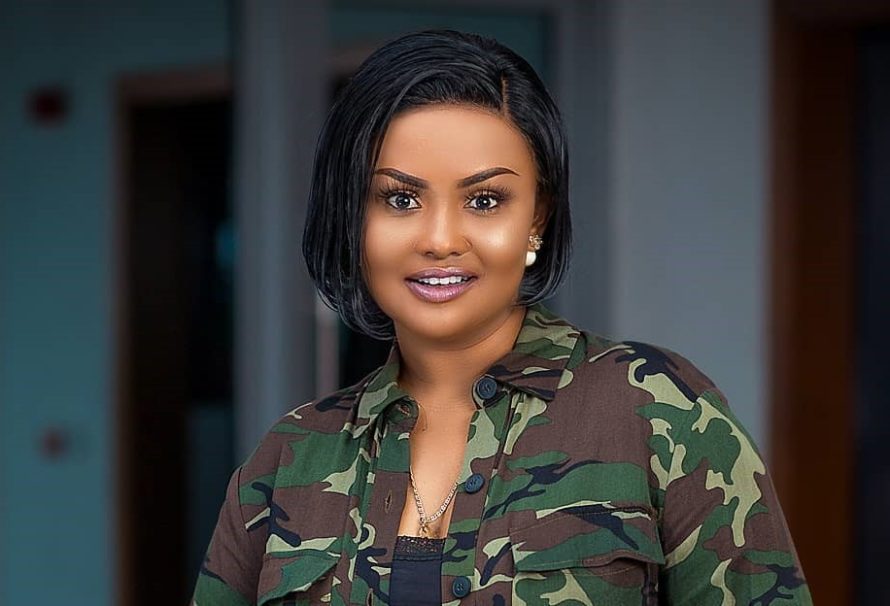 Fans of the renowned Ghanaian media personality Nana Ama Mcbrown may never have enough of her as the actress has again caused a stir on social media with dazzling new photos.

The screen goddess, who celebrated her birthday some weeks ago, on her Instagram and Facebook page today, released a new set of pictures that has got her fans talking.

The pictures had the versatile actress and television host in black top and trousers with a military shirt on it.

Fans Reaction to the photos

Her fans have since reacted to the beautiful, I will never grow pictures of the 43-year-old actress.

“Amazing Beauty Of Queens.. Queens Breaks Curses to Make a Room for all Blessings. You are Blessings to The Motherland. ” Amaana Mohammed wrote.

“Everything written abt u is Beautiful”, another said.

“Looking Flattering and Juicy…..u are greater than Dem……Kill Dem with Prayers ” another who goes by the name Benjamin Quaicoe wrote.