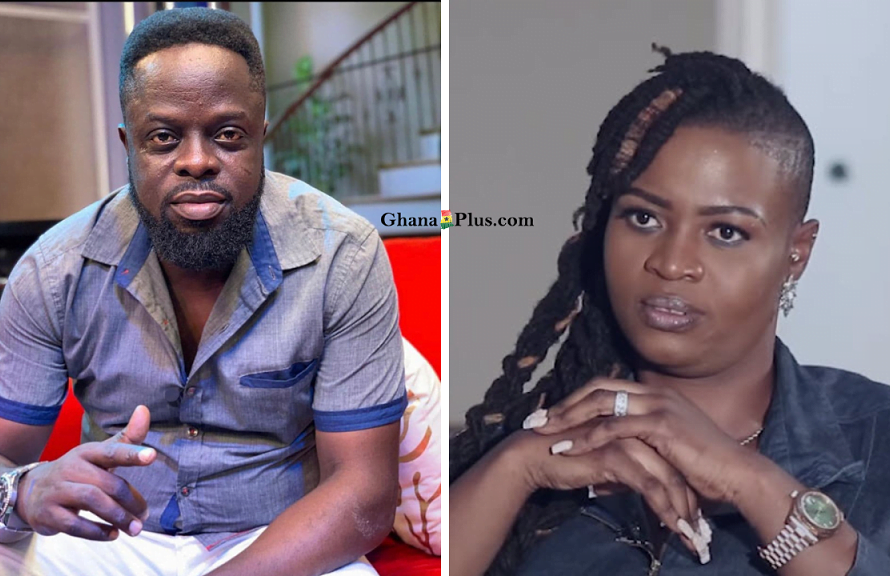 Ghanaian music producer, Aisha Modi, who is known to be a very strong supporter of Stonebwoy has opened up about her past relationship with Ofori Amponsah.

In a one-on-one interview on The Delay Show sighted by GhanaPlus, the music producer who is also known in the industry as “SHE LOVES STONEBWOY” revealed on the show about her marriage to the highlife musician Ofori Amponsah when she was 18 years of age.

Aisha Modi said she currently has a 16yr old child with Ofori Amponsah and even though they are not married anymore, they still share a strong friendship bond.

“I was married to Ofori Amponsah around 18, that is when I gave birth to my first child” she narrated.

“Along that time, I lived in America and due to one or two issues we broke up, later we came back as friends and worked on one or two of his projects”

Aisha Modi continued, “He is my first boyfriend and of course he is the one who broke my virginity. That bond is still there, we still talk but there is nothing going on between us”

Aisha went on to narrate that while she was still married to Ofori Amponsah, he was dating another girl called Linda who happens to be the girl that really spent most of the money the highlife musician made during the peak of his career.