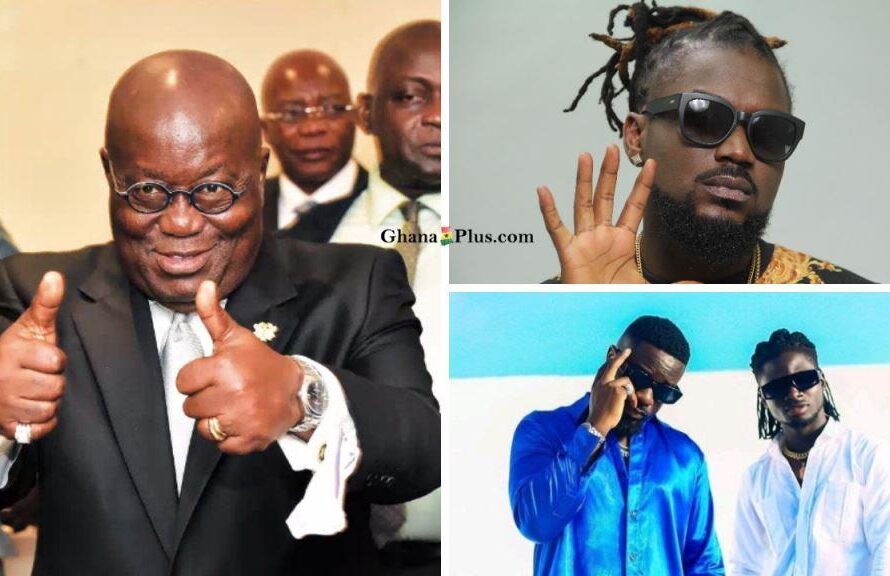 Multiple award-winning musicians, Michael Owusu Addo, Sarkodie, and Samini have thrown their support behind the ruling New Patriotic Party and its Presidential Candidate and President of Ghana, Nana Addo Dankwa Akuffo-Addo in the upcoming December elections.

The ace musicians in separate singles released yesterday endorsed and eulogizes the president’s flagship policies in the areas of education, infrastructure, agriculture, employment, and energy among others.

Sarkodie’s single ‘Happy Days’ featuring the reigning VGMA Artiste of the Year, Kuami Eugene said Nana deserves to continue his tenure due to his flagship programme, Free Senior School which he said his children would benefit.

“Is not like I have a problem with the government, but is If I spoke about dumsor (erratic power supply) when we were experiencing, I did mention inflation too, so if today I sleep in light and my children will enjoy free education then I doff my hat out for you, Nana continue,” a rape verse by the BET award winner reads.

Samini’s single on the other hand dubbed “Kpoyaka” spoke about Nana Addo’s early days in Ghanaian politics from the generations of his family adding that he wasn’t a new face as long as the country’s political history was concerned.

He also listed various achievements choked by the government including one District One Factory, Planting for Food and Jobs, the Nation Builders Corp, Free SHS among others describing him as Nana Show Boy, and number one in everything.

“When it comes to good works, when you meet Nana, congratulate him because he has delivered” the chorus of Kpoyaka reads.