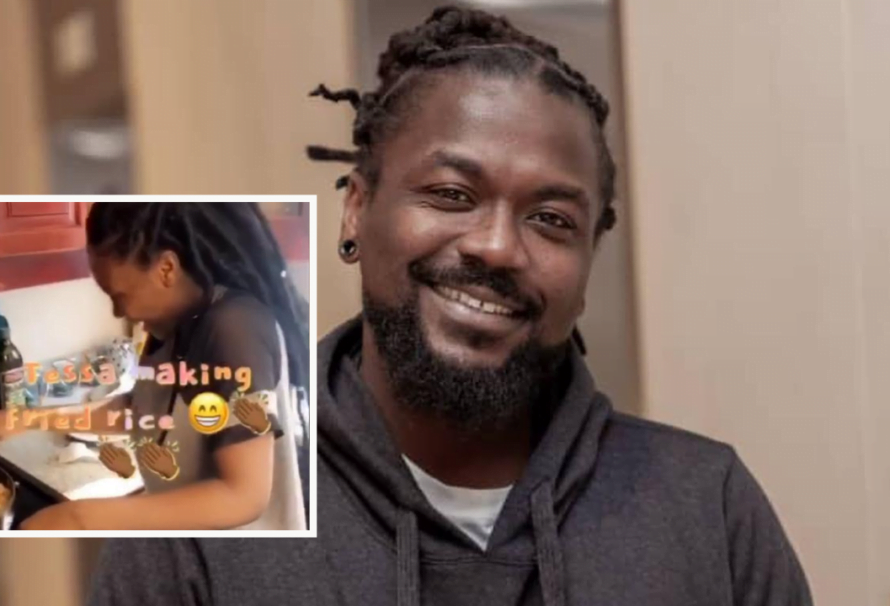 The celebrated Ghanaian dancehall sensation, Samini has taken to his social media platform to share his all grown adorable daughter Theresa.

The 16 years old believed to be his oldest among his numerous kids and first of his daughters in a video shared by the “My Own” hitmaker was in the kitchen showcasing her cooking pros.

Wearing dreadlock just like his father, Tessa as was affectionately called by Samini shares very much resemblance with him and was also almost at par in height with him.

Samini revealed that her all grown daughter who celebrated her 16th birthday in February, this year was preparing fried rice.

The award-winning musician couldn’t hide his joy, as he was all smiling in the video he shared on Facebook telling the world his daughter was a big girl now.