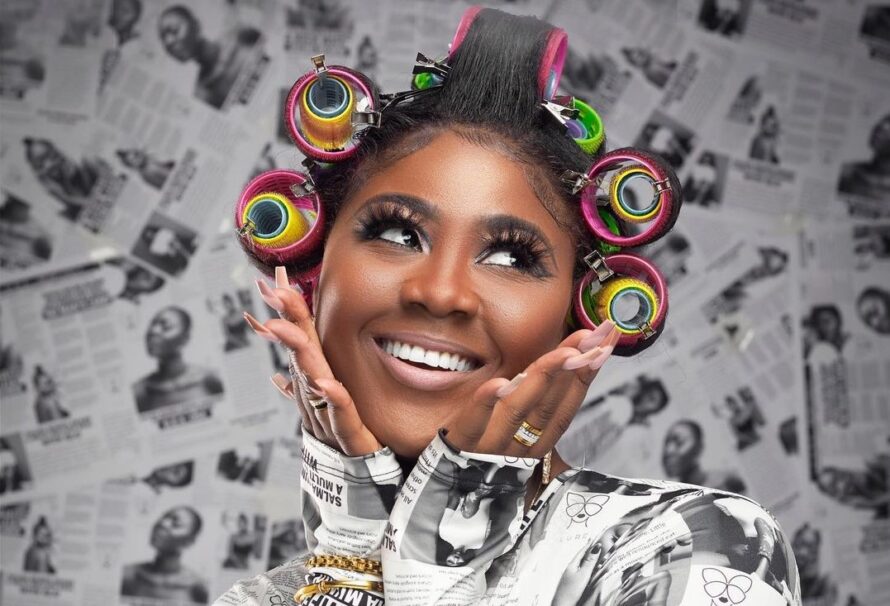 Salma Mumin gifted herself on her birthday

To celebrate the day the actress designed for herself a customized outfit and shoes.

Believed to have been designed by her clothing line, lure_by_salma, the beautiful short body fit dress had different pictures of the actress in what is believed to be a newspaper publication of the renowned actress.

The shoes also had the same features as the black, white, and ash combination dress worn by the actress.

READ ALSO:  Funny Face to reunite with his twin girls

Sharing the pictures in which she wore the beautiful branded outfit on her Instagram page, the No Man’s Land producer captioned it;

“HAPPY BIRTHDAY TO ME 🎂 🎊🎉🎂💥
A YEAR OLDER AND MORE WISER! GLORY BE TO GOD 🙏🏾
FEEL FREE TO ZOOM IN, IT’S ALL REAL NEWS ABOUT ME. 🎉🎉🎉🎉
IN CELEBRATING MY BIRTHDAY, I DECIDED TO RELEASE THIS BEAUTIFUL DRESS AS PART OF @lure_by_salma sultry collection. I NAMED IT THE “PRESS DRESS”
ITS AVAILABLE FOR SALE NOW!We ship worldwide”.

The actress also hosted a star-themed mini birthday party in her honour at the plush Polo club Restaurant located at Airport Residential Area in Accra.

READ ALSO:  Reward me for given people jobs on social media