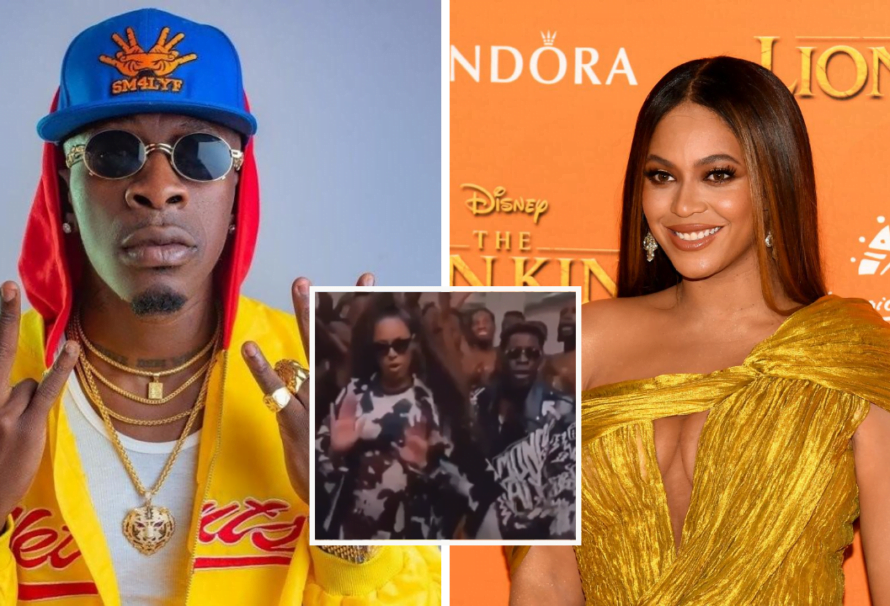 A classy video of the Shatta Wale and Beyonce collaboration “ALREADY” has hit the internet.

The video which was expected to be released on July 31, 2020, seemed to have found its way into the online market some few days earlier than it was anticipated.

Last month, the American superstar announced that she will be releasing the visual album“Black Is King” which includes ALREADY with Ghanaian dancehall icon, Shatta Wale, exclusively on Disney plus on July 31, 2020.

The singer indicated that the “Black Is King” Album sought “to present elements of black history and African tradition, with a modern twist and a universal message on what it truly means to find your self-identity and build a legacy.”

The lion themed video comes with a unique set design similar to that of a lion skin representing the title of the album, “Lion King”.

With black, brown, and spot of white colours, the theme song of the “Lion King” movie presents a classic black history with a twist of modernity.

The video was shot with few people but very detailed to summarize what the Lion King stood for.

The two superstars were also dressed in similar apparel with the colours to tone harmoniously with the theme.

Beyonce wears a headcover with two horns perhaps to portray the fearsomeness of the Lion while the “paa paa paa” hitmakers sat on a horse, likely to represent the king.

The video was indeed, beautifully scripted and directed to serve the intended purpose.

The release which came as a surprise to many Ghanaians has since remained one of the popular song worlds over.

Many entertainment pundits and fans of the Shatta Movement (SM) family had expressed excitement about the collaboration which they believed had further cemented the status of the Shatta Wale brand worldwide.

Watch the Video Below