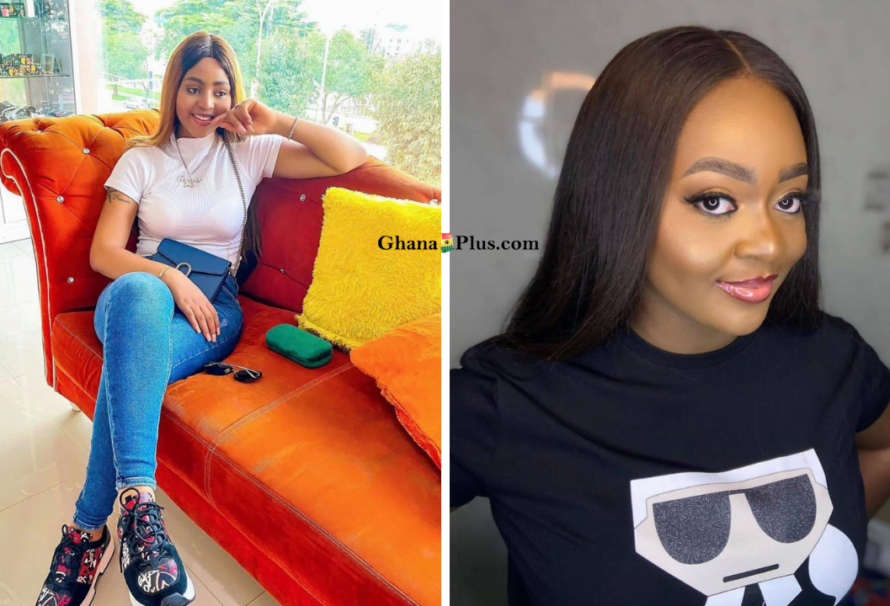 The story shared by the actress who is currently married to a man, old enough to be her father was about a post Jackie shared on her Instagram debunking the widely speculated rumour of her supposed relationship with the former professional footballer and now the 25th President of Liberia.

However, Facebook users who were not so pleased with the information shared by the actress or perhaps failed to read the full details of the post which was captioned “It’s everywhere that Popular Ghanaian actress Jackie Appiah is pregnant for the Liberian President. All these while. She kept quiet about the news, but she finally broke her silence yesterday. And this is what she had to say” have greeted her with harsh criticisms.

Facebook users including her very own countrymen and women (Nigerians) were of the view that the actress had no moral right talking about Jackie Appiah’s affairs when she herself was married to someone older than her and also being the 7th of her husband’s wives.

Esther Sapalo wrote; “what is wrong with this chick, she’s busy posting news about her friends instead of just taken care of her great grandfather… Leave Jackie alone, it’s her life and nobody cares ooo”

Another wrote that “My dear I think you should be thinking about your husband. Because another woman is in his life now, dear u are now a baby mama and #7 wife’s, Jackie Appiah is happy with her life And you are stressing yourself. Dear think about Chike Ike. Live My Jacky Alone”

Claire Akoth said “Thank you minister of gossip and who asked you about Jackie Appiah ,,,God of our ancestors and grandparents, save us.”

Victoria Otieno Abich also said “Between Liberian President and your grandpa-husband who is older than the other. Anyway we won’t forget you married a old being even though the same scenario is emerging slightly similar to your case,,,, yours is absolutely absurd”.

Kongi Flora added that “Jackie Appiah is 36 and Regina is 20. A difference of 16years. So don’t compare her life to yours. Cus regarding her age, you are still a baby”.

Victoria Oluchi said “at least the man is so cute and handsome ….We don’t have a problem with it .. thank you”