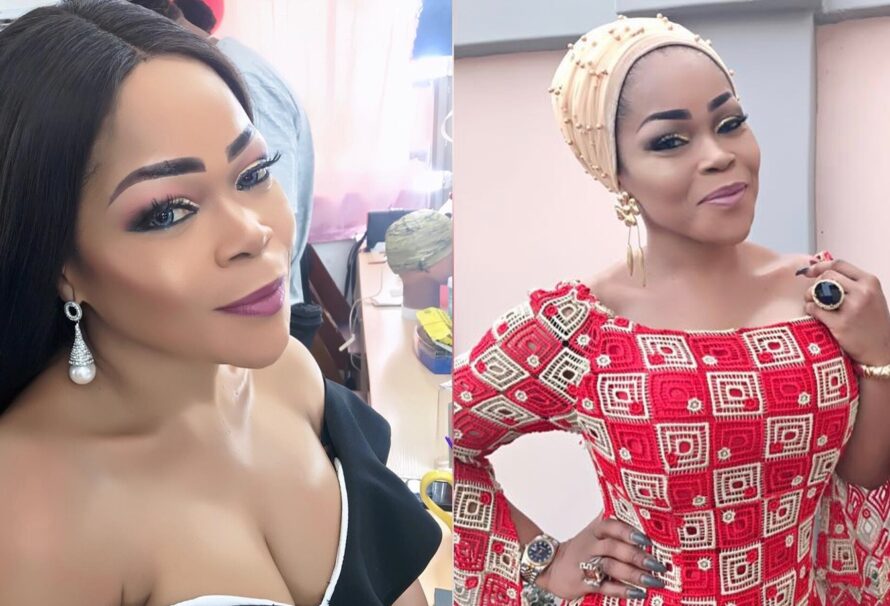 Nigerian actress and ‘Battleground’ star Adaora Bhadmus, known in real life as Shaffy Bello is one character the movie industry of Nigeria has been blessed with.

The sensational Battleground star who has captivated her audience in Ghana as the legal and legitimate wife of the wealthy, enigmatic business tycoon, Chief Kolade Bhadmus in the television series currently showing on Ghana’s finest television station, TV3 is not only a delight to watch in movies but a real force to reckon with as far as social and fun-filled life is concern.

The all classy wife of the Kolade Bhadmus, whose perfectionism in speech, character, and even costumes leaves unforgettable moments on cherish viewers of the captivating series on her 50th birthday anniversary held a few weeks ago charmed her guests and friends also with her impeccable dancing abilities.

READ ALSO:  I would have married Tracey Boakye those times if I had money – A Plus

A video of the classy and luxury gold theme 50th birthday party held in honour of the renowned actress had the mother of two trilled her friends and guests at the event to some dancing pros.

Dancing to different genres of music, the actress dance with flair to the delight and admiration of her guests, as camera’s roll from different angles at the events to capture the golden moment.

Her facial expression, composure, and demeanor on the dance floor speaks volume and class to the personality of the actress who grew up in the United State.

GhanaPlus.com came across this video of the enchanting Shaffy Bello during her 50th birthday party held in Nigeria on October 8, 2020, and brings you excerpts from the stars dancing cleverness.