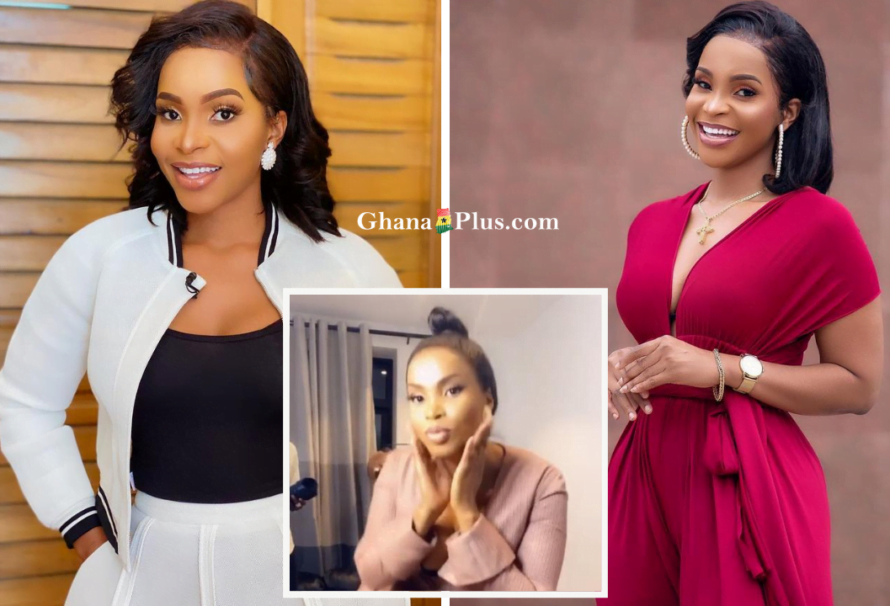 Ghanaian Actress and television host, Benedicta Gafah has unveiled the team behind her glowing appearing on social media.

The team, she said were made up of a total of 26 permanent creative designers, 6 permanent photographers, four permanent makeup artists, and a stylist.

In a video and dancing to South Africa’s Master KG – Jerusalema, the actress who goes by the name Empress_Dictabee on Instagram introduced some members of the team one after the other to the world.

Benedicta Gafah expressed her heartfelt appreciation to them for being a part of her growth in the showbiz industry.

The empress shared the video which she captioned;

“Allow me to introduce you to some of my glam team.
Location @coverboykobby’s end
@coverboykobby @hairgurustudio @ahbbies_beauty @creative_vision_photography @felix.ayensu
A heartfelt gratitude to the four permanent make up artist’s,
26 permanent creative designers , and 6 permanent photographers on the team. And the stylist numero uno @coverboykobby @sammieee.n thanks to you all for being part of my growth 😇🙏🏽🤍”.