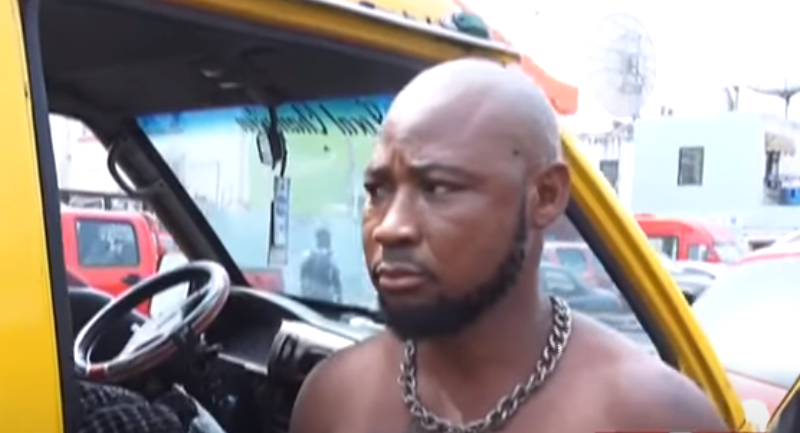 A diehard fan of the Ghanaian multiple awards winning Dancehall artiste Shatta Wale on Friday pushed the SM boss to tears with his extent of admiration for the sensational musician.

The fan, Limann Akora, a native of Bolgatanga in the Upper East Region and a trotro driver on the Accra-Newtown stretch, on Friday was overjoyed as his long year’s dream of meeting the Shatta Wale, and most cherished celebrity in the country became a reality.

The trotro driver packed his car, asked his conductor to pay off the passengers, and made his way to the premises of the Hit FM studios in just to meet his favourite star to the surprise of many.

After several attempts by security men to stop him, Limann’s dreams became a reality as a staff of the station who witnessed what was going on outside intervene and finally got the SM boss to grant Limann his long years wish.

The emotional trotro driver, with a tattoo of Shatta Wale at his back which he reveled in an interview in 2018 that it cost him ₵250, threw down himself in front of his icon and hugged him subsequently, screaming for joy amidst the mention of the word thank you severally, I have been searching for you for long adding that “I am done”.

Limann Akora refused money offered him by the SM boss saying that “it is not about your money”.

The SM boss and “I know my level” boss was moved by the love shown by the fan tears down as he spoke about the overwhelming love shown him by the gentleman.

He added that it was God doing adding that he never anticipated any of such fame when he began his musical career.