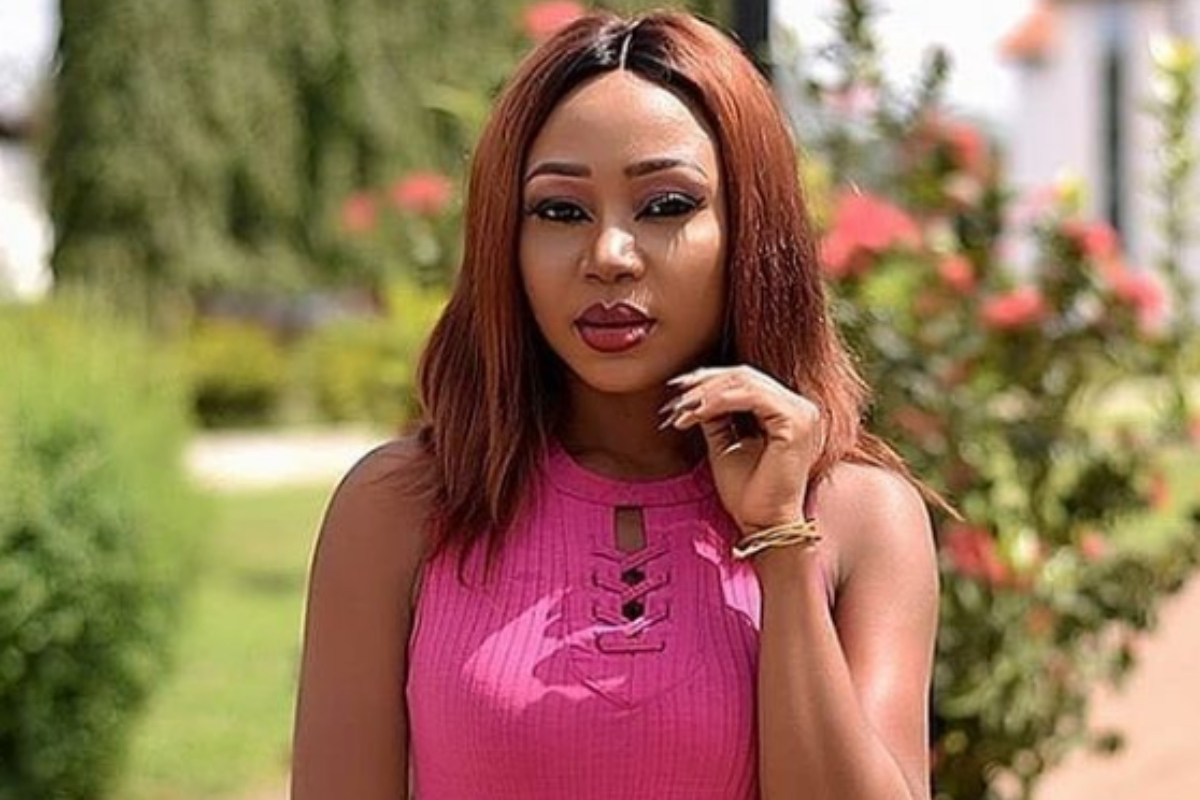 According to her, the actress who recently announced she had given her life to God was not well and called on her colleague celebrities, especially, those who led her to Christ not to leave her alone.

She indicated Moesha Budoung now Maurecia was going through a difficult face and cautioned her colleagues not to wait till any eventually befall her before they celebrate her.

Akuapem Poloo made the comment in a video shared on her Instagram page on Tuesday, July 13, sighted by GhanaPlus.com.

She was of the belief that the devil was at work in the life of the celebrated actress and social media sensation and pleaded with her Christian friends and pastors not to abandon her.

“ Yesterday I saw some viral video about my sister Moesha, I don’t know how you saw the video but me, the way I saw my sister is no joke”………I learnt she said yesterday she nearly jumped off a building and they saved her and that is when she started talking and saying what she is saying. I think that my sister has been through a lot and she needs our help”.

“I saw some people saying thank God she has change, she is preaching, did you see her state?  she is dirty!” she said.

Akuapem Poloo’s comment was in reaction to videos of the actress circulating on various social media platforms.

In the video, Moesha was seen shabbily dressed and speaking to others about Christ, her life before and after knowing Christ.

She made several revelations about her life in the trending video.