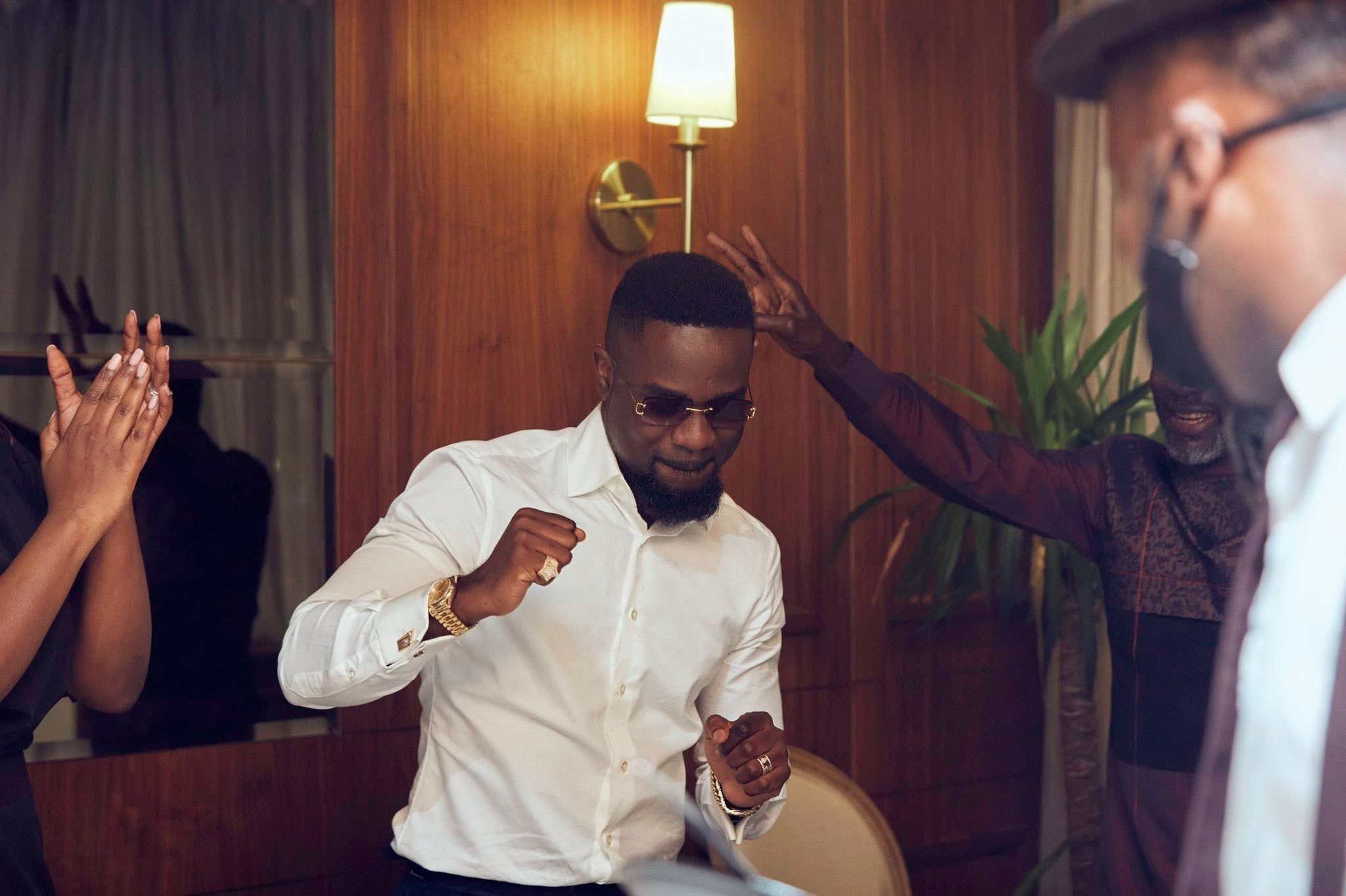 Videos  of a surprise intimate celebration organized by his wife Tracy to mark the day had since emerged on various social media platforms.

The event was graced by the Ghanaian Business tycoon and founder of the defunct UT Bank, Mr Prince Kofi Amoabeng and great personalities and close pals of the music icon.

Sharing videos and photos of the surprised birthday party in an Instagram post sighted by GhanaPlus.com, the Happy Day hit maker said the surprise was perfectly executed adding “All I stand for”.

The “Can’t let you go” composer thumps up his wife for pulling up the event which he described as priceless.

“And they pulled the best bday surprise party 😊🙏🏿 You guys got me on this one … Priceless Moment 👌🏿 Perfectly executed … All I stand for “Kept it G” 💯,” Sarkodie wrote;

The surprised was one of the series of celebrations that characterized this multiple award winning musicians birthday this year.

Earlier, the BET award winner celebrated the day with legendary musician, Okomfo Kwaadee and Joe Frazier together with other industry players.