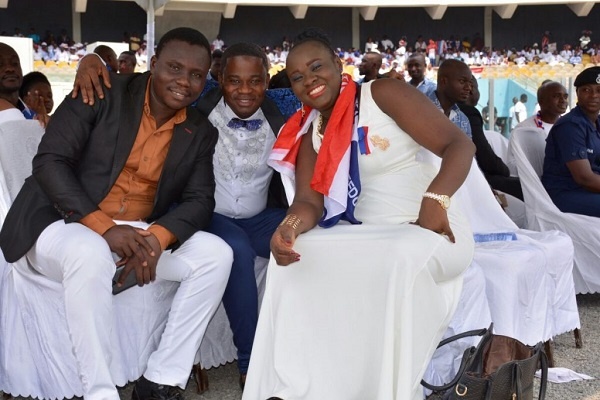 Gospel Musician, Isaiah Kwadwo Ampong popularly referred to as ‘Great Ampong’ has revealed that he does not hear from ‘Cee’ (Cynthia Appiah Kubi) and ‘Isaac the Showboy’, members of a trinity group he formed from TV3’s Mentor fame, MyNewsGh.com reports.

He made this revelation for the first time on Kumasi-based ‘Pure FM’s popular ‘Hammer Time’ entertainment program monitored by MyNewsGh.com after avoiding any conversation about his now-defunct group for years.

Ampong told host, Hammer Nti that although their group is no more functional, he’s always available should any of them reach out to him to do music as he has a lot of unreleased songs.

“The relationship between myself, Cee and Isaac is not a cold one. We have no issues but I haven’t heard from them in years. I know Cee has three children, Isaac has two and I have five so I guess we are all focused on our families and raising our children.

However, should any of them reach out to me for us to do music, I will be happy about it. There’s a lot of songs I’ve written and a lot yet to be released.” He told Hammer Nti on Kumasi-based Pure FM.

Ampong formed a trinity group with Isaac and Cee after the duo participated in TV3’s Mentor reality music show.

He later wrote and produced several hit songs for the group including the famous ‘Nyame do me’ and ‘Osabarima’ tracks which earned them several award nominations.

The group for almost a decade now has been dormant with little heard or known about Cee and Isaac in the showbiz industry.