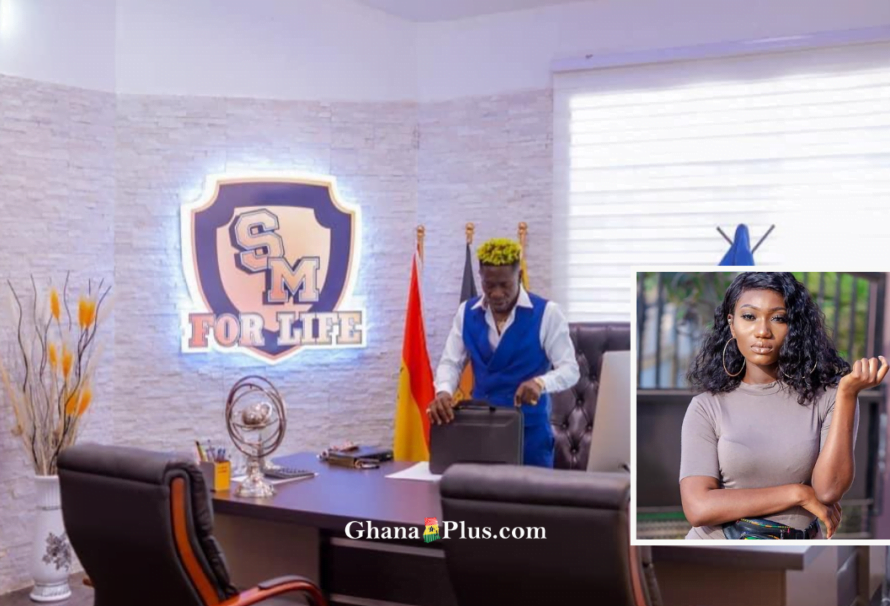 Ghanaian Afro-Pop and Afrobeat singer, Wendy Shay who prides herself as Ghana’s Beyonce has paid a courtesy call on Ghanaian dance-hall icon, Shatta Wale at his Shatta Movement Secretariat in Accra.

The visit by the Rufftown signee was to introduce her new puppy (little dog) to the celebrated dance-hall king of Ghana.

During the visit, self-acclaimed Ghana’s dance-hall queen said a naming ceremony would be held soon to announce the name of the puppy to the world.

It remains unclear why Shay baby went to introduce the puppy to the President of the Shatta Movement who many had speculated looked like a dog.

In a video cited by GhanaPlus, Ms. Shay introduced the puppy to Shatta Wale saying “this is the original queen of Ghana music and I came here to visit the king for him to meet my new dog”.

“Am not going to mention his name because the naming ceremony would be up” she added as she hands over the puppy to Shatta Wale.

[wpdiscuz-feedback id=”bka1gofiqq” question=”Do you think Shatta Wale looks like a Dog?” opened=”0″]Shatta who seems aware of the alleged speculation of his resemblance to a dog, on holding the puppy revealed that people said he looked like a dog but he is cool.[/wpdiscuz-feedback]

Wendy Shay was introduced into the Ghanaian music scene by Rufftown Records Manager, Bullet after the untimely death of label mate Ebony Reigns and had since carved an enviable niche for herself.

The musician with back to back hit songs like Uber Driver, Bedroom Commando, Astalavista, Shay On You, Stevie Wonder, among others enjoys a fruitful relationship with the dance-hall icon Shatta Wale which she has leveraged well to promote her already sold brand.

Ms. Shay featured Shatta Wale on her popular hit song Stevie Wonder released last year and their friendship had been reported to have been at another level since then.

The self-acclaimed king and queen in Ghana’s music seem excited about the news of the puppy and GhanaPlus can’t wait for the supposed outdooring of the puppy.

Watch the video of Wendy Shay’s visit below