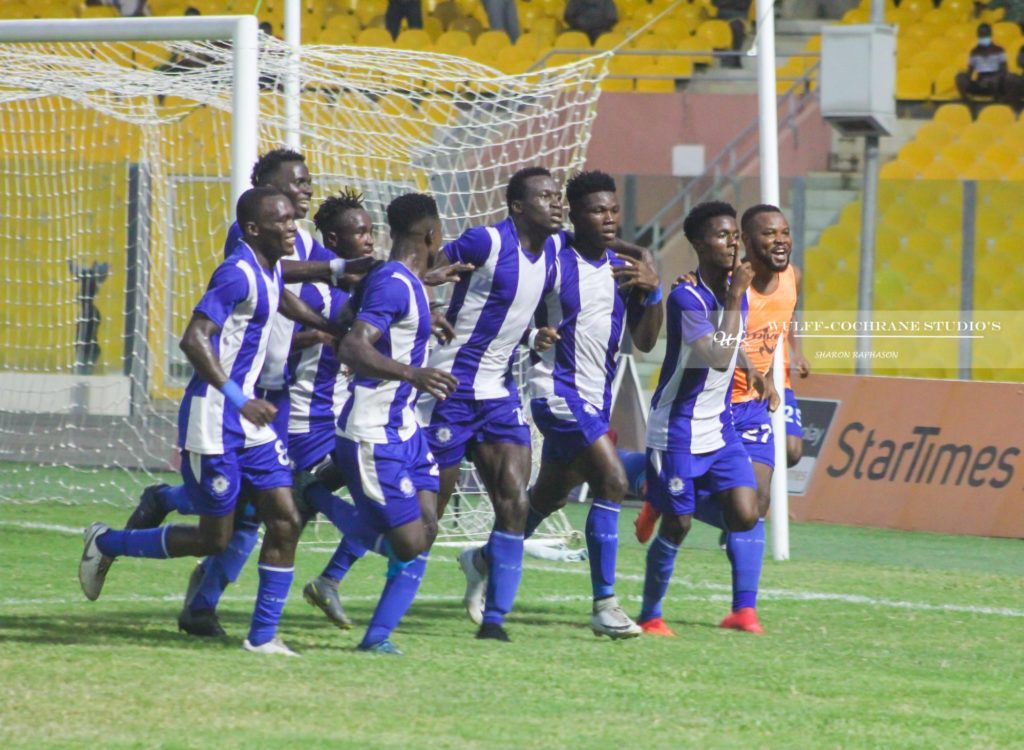 The two teams today locked horns at the Accra Sports Stadium in a matchday 34 encounter of the 2020/2021 football season to bring the entire campaign to a close.

Displaying impressive form in the first half, Great Olympics led at the break courtesy of an equalizer from striker Abdul Manaf Mudasiru.

Capitalizing on the momentum in the remainder of the match, the hosts made it 2-0 in the 55th minute to serve as an insurance goal.

Later on, Dreams FC came in strong and scored through Issah Abass. Failing to complete the comeback, Great Olympics held on to win 2-1.

As a result of today’s win, Great Olympics are finishing fifth on the Ghana Premier League table.

For Dreams FC, the team sits seventh on the league table and misses the top four at the end of the football season.