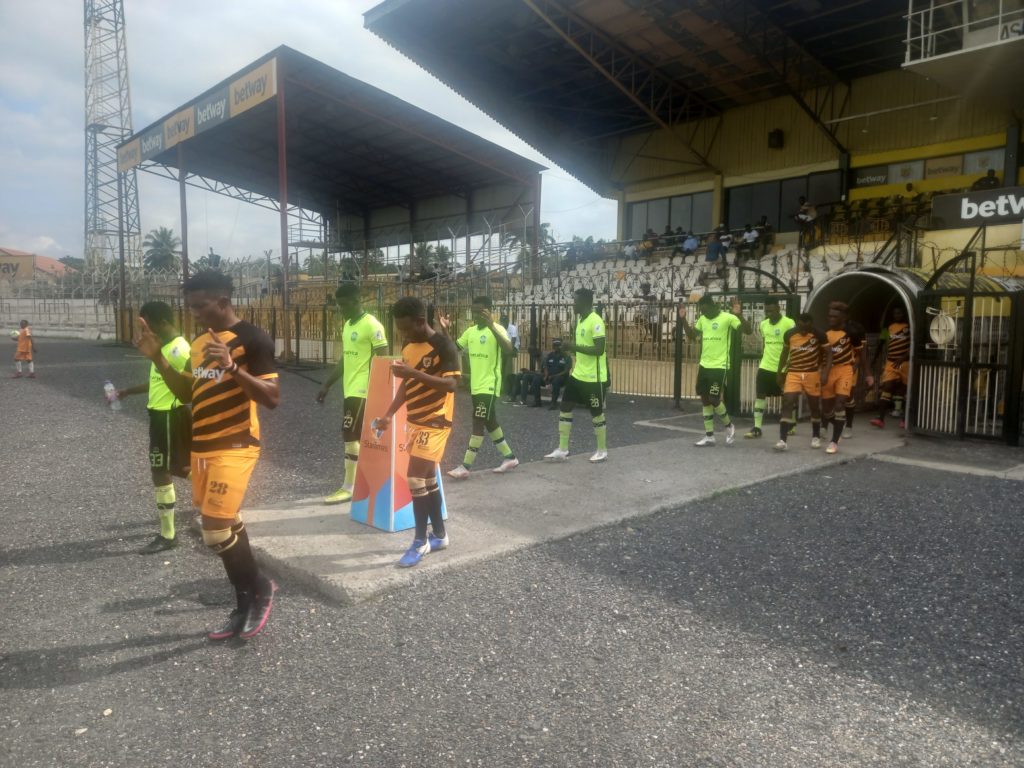 Ashantigold SC and Dreams FC shared the spoils at the Len Clay Stadium in Obuasi in the penultimate match of the season on Sunday.

The Miners were held to a 0-0 stalemate by the ‘Still Believe’ outfit in matchday 33 of the Ghana Premier League.

Ashantigold came very close to getting the opener as early as the 3rd minute but a crucial goal line clearance by defender Massaudu Abdulai denied the Miners.

In the 20th minute of the game, Dreams goalkeeper Godfred Amoah produced a spectacular save to prevent Brokelyn’s effort from entering the net.

Defender Frank Akoto tried a long drive at goal in the second half but another incredible save by goalkeeper Amoah stopped Ashantigold from going ahead.

The draw leaves Ashantigold 10th on the table with 42 points whereas the Dreams FC occupy 6th position with 49 points.

Ashantigold will host Inter Allies FC in the last round of the Ghana Premier League while Dreams will take on Great Olympics in Accra.