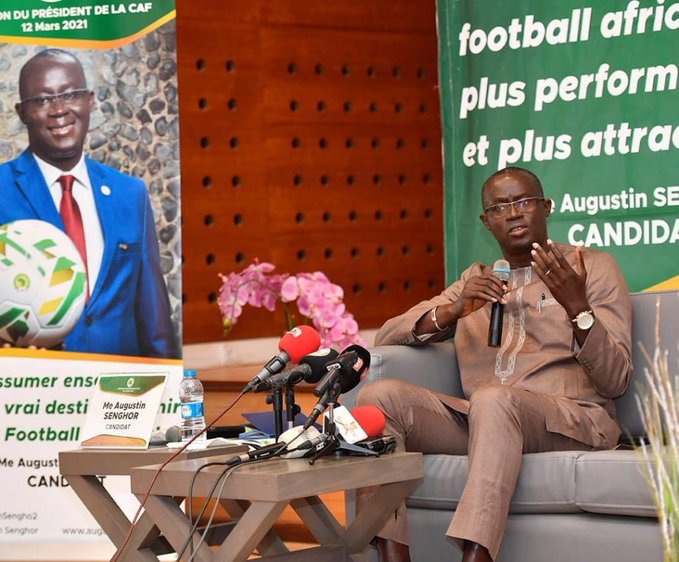 Senegal FA President and CAF Executive Committee member Augustine Senghor and three others have been cleared by the Review Committee of FIFA to contest for the position of CAF President, footballmadeinghana.com can confirm.

The Senegal FA Boss who has been an influential member of the decision making body of the continent’s football governing body has been cleared together with South African Moses Motsepe.

CAF on January 7, 2021 announced Mr. Senghor and Anouma had passed their eligibility test to contest for the seat of CAF President with Motsepe and Ahmed awaiting further checks.

FIFA after conducting all the check have therefore confirmed that the four candidates have all been given the green light to contest for the vacant seat.

With former President Dr. Ahmad serving a 5-year ban from FIFA, CAF will have to elect a new leader from the four in March.

CAF will elect for a four-year term the successor of Dr. Ahmad at the 43rd Elective Ordinary General Assembly, scheduled for 12 March 2021 in Rabat, Morocco.

With experience on his side, the Senegalese FA capo Augustin Senghor looks set to rise to the throne after being at the helm of affairs as the SFF Boss for 12 years and a CAF ExCo member.

But the contest does not look any easy as Motsepe, Ahmed and Anouma could give the Senegalese lawyer a good run for his money.

Augustin Senghor was on 12 August 2017 was re-elected president of the Senegal Football Federation (FSF) for a third term during the federation’s elective General Assembly in Dakar.