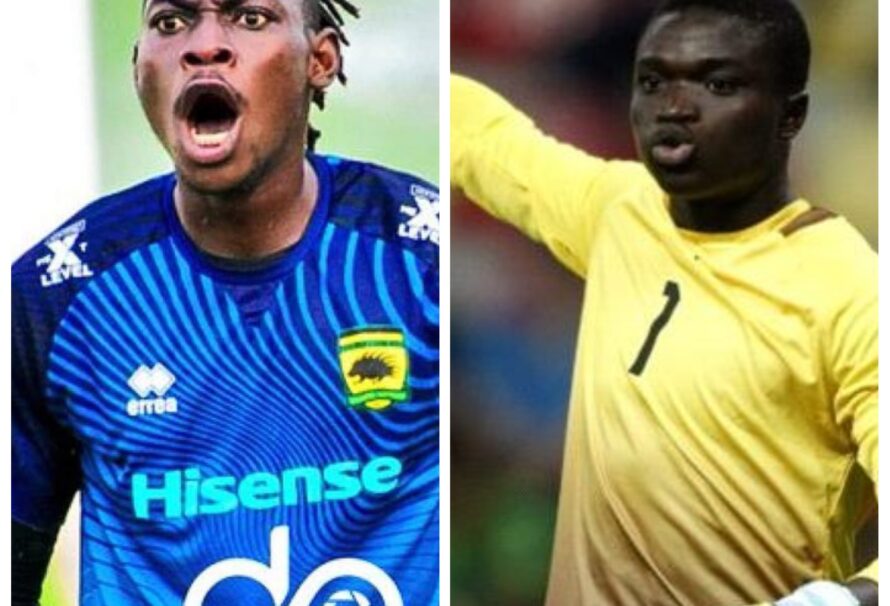 The two who have been in fine form in the Ghana Premier League are currently in training with the Black Stars who commenced preparations a fortnight ago ahead of the clash.

CK Akonnor will therefore be handed the headache of making a choice between the two as a replacement for Ofori who picked an injury in the CAF Champions League on Wednesday.

Ofori was in post for South Africa giants Orlando Pirates in their clash with ES Setif at the Accra Sports Stadium when he was forced off due to injury.

The Ghana goalie released a long kick from his goal area and immediately went down with what appear a muscle tear.

He was replaced with South African Siyabonga Mpontshane just 12 minutes into the game.

Abalora and Ofori Antwi who have been stupendous in the Ghana Premier League will therefore have to fight for the slot as Ghana face the Bafana Bafana on March 25.

Ghana will take on Sao Time and Principe three days later after the South Africa game.