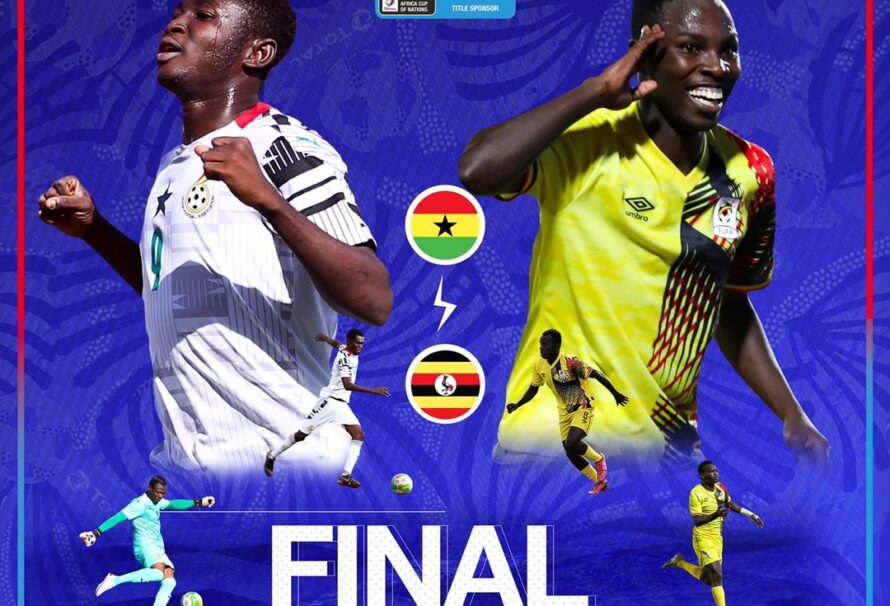 Surprised by the headline? Don’t be! There is a Ghanaian connection to the Uganda side that will battle the Black Satellites in the final of the U20 AFCON at the Stade Olympique de Nouakchott on Saturday.

On March 20, 2019 when Paa Kwesi Fabin was appointed the head coach of the Uganda U17 national team – The Cubs – little did many know that the foundation he was set to build will be battling Ghana in a major tournament.

The celebrated Ghanaian coach planted a seed with The Cubs which has germinated and metamorphosed into The Hippos, and now set to battle his country of birth in the final of a major tournament.

Following his appointment in 2019 as the head coach of the Uganda U17 side, Paa Kwesi proposed Derrick Osei Owusu (Naa Sei) as his fitness trainer which was unanimously accepted by the Uganda Football Federation.

The two Ghanaians initially faced opposition from a section of Ugandans, as will be the case in many other countries, but with grit and determination, they focused on their job and Uganda are now reaping what they planted.

Of course, the two couldn’t have done it without the support of the Uganda Football Federation (FUFA) and other members of the technical team who were Ugandans.

Paa Kwesi Fabin certainly did not have it easy securing the appointment as his nemesis Jonas Kouku Komla – then head coach of the U17 side of Mali, was also in contention for the job.

Komla had beaten Paa Kwesi Fabin in the final of the U17 AFCON in Gabon in 2017 and also denied Ghana qualification to the semifinals of the U17 World Cup in India.

Uganda however placed emphasis on development and experience, giving Paa Kwesi Fabin the advantage over the Malian.

The Ghanaian and his technical staff were tasked with putting together a good team to represent Uganda at the U17 AFCON played in Niger in 2019 and also to lay the foundation for a strong U20 side.

With his experienced in youth development and a wonderful track record with the Ghana U17 side, Paa Kwesi was tasked with designing a strategy for youth football development as well as being in charge of the juvenile department of the Uganda FA.

Paa Kwesi and his team had just a month a month to the AFCON upon his appointment, but with hard work, dedication and determination, and the support from the other technical staff and the FUFA, he weaved what is today seen as the most flamboyant team in the ongoing U20 AFCON – The Hippos.

Paa Kwesi and his Cubs side (Uganda U17) failed to qualify from the group stage of the U17 AFCON staged in Niger but he was able to build the foundation for the current Hippos squad.

Despite failing to qualify from the group phase considering the limited time after his appointment, Paa Kwesi insisted the players are not disbanded. Instead, he urged the FUFA to maintain the players to form the nucleus of the U20 side.

Other players who were part of the foundation Paa Kwesi established for Uganda included Najib Yiga, Isma Mugulusi, Ivan Araba and Kowooya, as well as Ssekejja Davis and reserve goalie Oyo Deton.

Derrick Kakooza, leading scorer in the ongoing U20 AFCON was a member of the team started by Fabin but, he, unfortunately, could not take part in the tournament after failing the MRI test.

Isn’t this a Uganda made U20 side with Ghanaian flavor? Perhaps, the name Ughana at this point will be preferred to Uganda for obvious reasons.

Coach Fabin’s foundation with Uganda is a photographic nomenclature of how various Ghanaian coaches in the past have impacted positively on the football development of other African countries.

The late Coach Osam Doudu in 2005 won the U17 AFCON in Gambia for Gambia with Gambia, laying the foundation for the renaissance of their football development.

Similarly, the late Ben Koufie is credited for weaving the foundation of Zimbabwean football as well as Somalia. And in recent times, Coach Bashiru Hayford was also applauded with his wonderful growth of the Somalia national team when he served as their coach for a short period.

And in 2004, the late Jones Attoquayefio secured Benin their first ever qualification to the Africa Cup of Nations in a year Ghana ironically failed to qualify.

Ghana’s fingerprints have been felt in several Africa countries and Ughana (sorry, Uganda) are just having a taste of the Ghanaian football flavor.