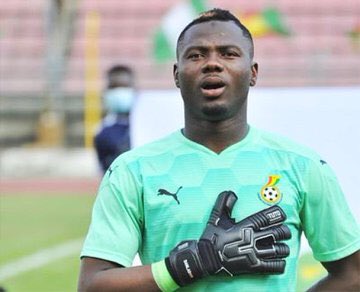 Ghana U-20 shot stopper Danlad Ibrahim was voted the goalkeeper of the tournament after guiding the Black Satellites to the U20 AFCON title on Saturday.

His penalty saving heroics in the quarter finals steered the Black Satellites to the semi-finals of the tournament where he guided the side to pip Gambia to make a date with Uganda in the final.

The Black Satellites faced Cameroon in the quarter finals of the U-20 AFCON and kicked them out of the competition after both sides played a pulsating goalless draw after 90 minutes.

Danlad’s sensational penalty saving prowess ensured Ghana made it to the semis.

He proved the most difficult nut to crack in the Ghana team after displaying a swashbuckling performance in Ghana’s 1-0 win over Gambia in the semifinals.

His wonderful output in the final game with Uganda capped his awesome performance, making him the obvious choice as the goalkeeper of the tournament.

He kept 4 clean sheets and conceded 3 goals in 6 games.