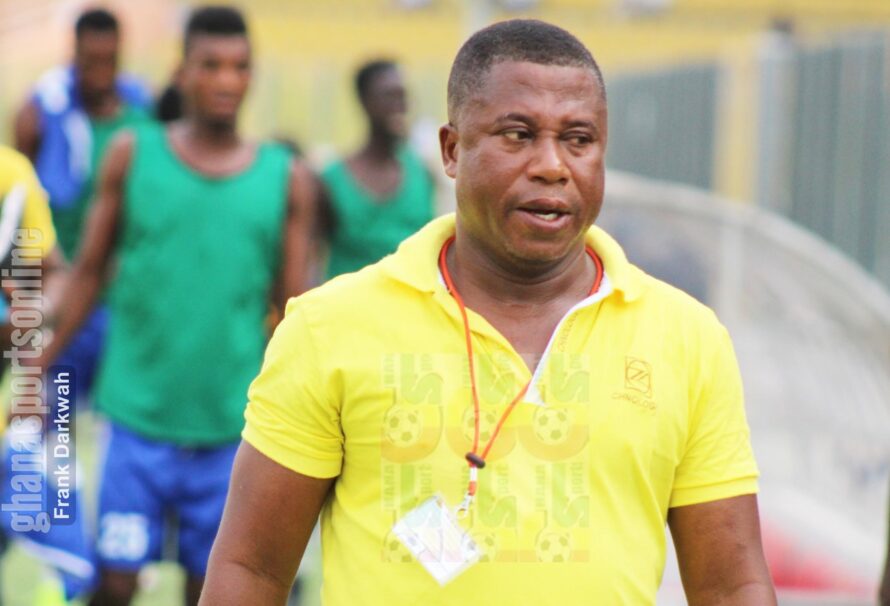 Ghana Division One League side Bibiani GoldStars have asked Head Coach Kwabena Amissah to step aside.

The Premier League promotion chasers have taken the decision after what they believe is a recent poor run of form.

The club has drawn their last two home games leading to them slipping from number 1 spot on the DOL Zone 2 Standings.

Speaking about the matter in an interview with Takoradi based Connect FM, a livid Kobina Amissah lashed at the decision taken by the club.

“It doesn’t make sense to tell a coach to step aside after drawing two games at home,” Kobina Amissah said.

“All teams competing to qualify have drawn games at home, we were not going to be on top forever.

“The team would have qualified to the Premier League if the supporters know how to do football.

“Management of Gold Stars have given me the letter to step aside but I don’t know the reason – there is no reason in the letter they gave me.

“My absence won’t affect the team because it is the same players.

GoldStars are currently third on the Zone 2 table after 8 matches on 15 points. They trail table toppers Samartex FC and Skyy FC by a point.

U-20 AFCON: Barnes - Walking in his father’s footsteps with Ghana