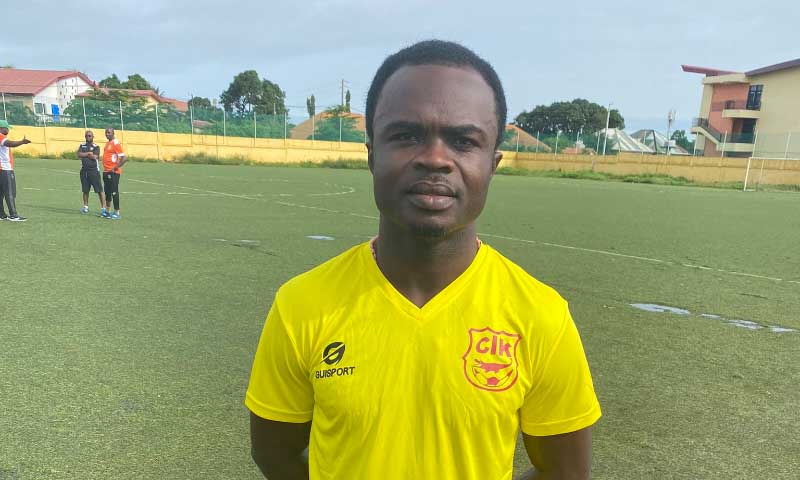 Club Industriel Kamsar defender Amos Frimpong has reacted to the Confederation of African Football (CAF) decision to cancel the side clash with Hearts of Oak in Guinea after military coup.

The continental football governing body last week announced that Hearts of Oak preliminary champions league first leg clash with Guinean side CI Kamsar has been cancelled after the West African country was rocked by a military coup.

The Phobians will, however, play CL Kamsar in a single match on September 19, 2021 at the Accra Sports Stadium with the winner of the tie set to advance to the next stage of the 2021/22 Champions League.

However, according to the former Asante Kotoko right-back, his outfit hoped the first leg would have been played in Conakry before the second leg in Accra.

“On the decision from CAF, we had hoped it didn’t happen and we were playing the first game in Conakry before the second game at the Accra Sports Stadium but unfortunately the game had to be moved to Accra due to the political unrest.

“We will come and honor the game at the Accra Sports Stadium and we haven’t given up on qualifying to the next stage” he said.