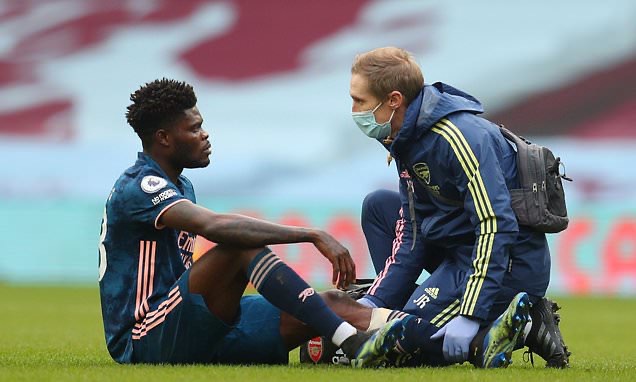 Arsenal midfielder Thomas Partey will miss the Europa League Round of 32 first leg against Benfica on Thursday.

The Ghanaian international has been sidelined since picking a strain to his left hamstring in Arsenal’s defeat to Aston Villa in the Premier League.

The 27 year old has been plagued by injuries since his big-money move from Atlético Madrid.

Partey will continue to be assessed by the club’s doctors as he recovers from this lates setback.