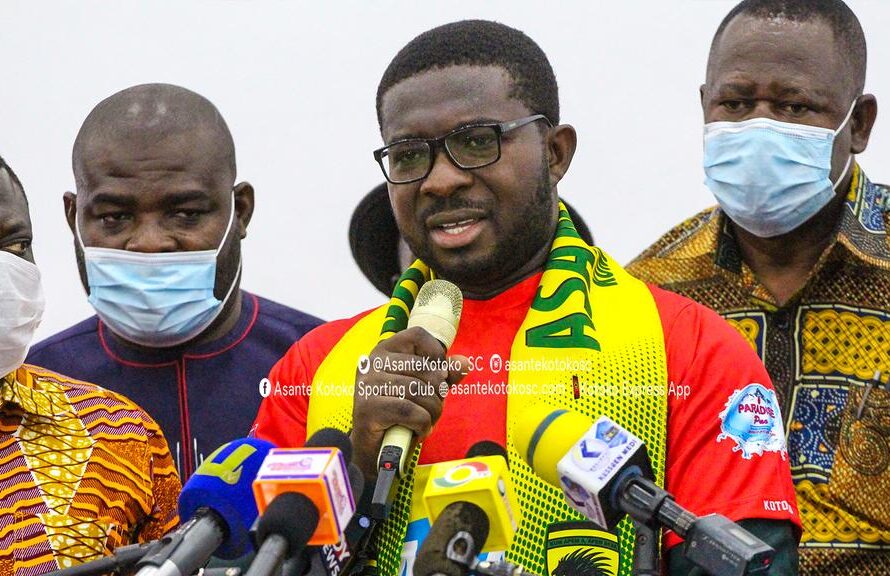 The Asante Kotoko management plans to hold its first ever press conference to account for their activities to supporters at end of the first round of the ongoing league season, CEO Nana Yaw Amponsah has revealed.

This, from the CEO is a direct response to questions about why a promise to organize a press conference to account to fans after the management’s first 100 days in office has not yet been fulfilled.

Nana Yaw Amponsah’s led management was unveiled in September last year and during the ceremony, the CEO made the disclosure about the aforementioned.

He then explained that in a way to demonstrate transparency and accountability he will initiate a platform to update fans and followers of the club on happenings within the first 100 days.

However the initiative is yet to be had despite the time period captured having elapsed.

Explaining the reasons for the no-show, Nana Yaw Amponsah in an interactive session with fans on Kotoko’s virtual channel on CEEK.com said “A few factors have delayed it. One is the fact that we were engaged in Africa at the same time and there were so many things happening at the same time.

“Two is that, there were some things we were doing that we thought could have been finished by close of December for instance the Adako Jachie project where there were delays with works,” he continued.

“We also wanted to have the right timing. So as management we decided that as the focus is on the league now. We should wait until the end of the first round so we can have time for that (100 Days Press Conference). This is what has caused the delay,” he concluded.

The first round of the ongoing Ghana Premier League season will be concluded on the weekend of 5th-7th March though Asante Kotoko have a a game in hand;, to be played on March 10th.