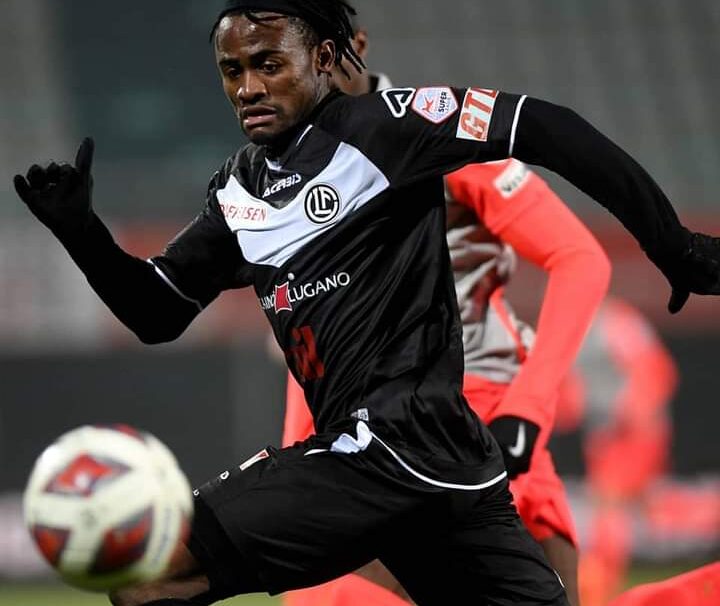 Ghanaian attacker Asumah Abubakar-Ankrah was on target for his team FC Lugano as they were held to 1-1 stalemate Servette FC in the Swiss Super League on Wednesday evening at home.

Abubakar-Ankrah broke the deadlock of the game on the 18th minute before Andre Schalk drew the visitors level late in the game.

The 23-year lasted the entire duration of the game was his side shared the spoil on the day.

He has now scored two goals for the club since moving to the club in the winter transfer window.

Lugano FC are fifth on the Swiss League table with 27 points after 20 games.